This resolution was passed.

A 2018 report put the cost of bullying and harassment in the NHS in England at over £2bn per year (Kline and Lewis, 2018). The economic analysis looked at the cost of staff being sick, leaving their jobs, being less productive, working even when they are sick (presenteeism), and employment relations. NHS staff surveys in all four countries of the UK show significant levels of bullying, by both managers and colleagues.

The RCN’s own employment survey in 2017 (Marangozov et al., 2017) found that one third of nursing staff across the NHS and independent sector said that they had experienced bullying or harassment from colleagues in the last 12 months, with Black African/Caribbean and disabled nursing staff more likely to report this. The survey also identified that support for nursing staff is often lacking. Most nursing staff (70%) do not report bullying and harassment because they do not think that anything will change as a result but also because they do not think that they will get support from their manager or colleagues (50%).

Bullying can have serious consequences for affected individuals and those they work with, causing psychological stress and creating a negative working environment which can lead to poorer patient care. Witnessing bullying has also been associated with negative outcomes which produces high levels of distress, increased job dissatisfaction and increased intentions to leave work. Bystander intervention has been identified as potentially unsafe in organisations that struggle to manage bullying.

There is no specific legislation on the prevention of bullying at work. Under the Management of Health and Safety at Work Regulations 1999, employers have a duty to assess psychosocial risks in the workplace, which the Health and Safety Executive recommend should include work-related stress and the impact on health of poor relationships at work. The Equality Act 2010 provides protection from harassment for employees with protected characteristics including race and disability.

Recommendations for tackling workplace bullying include establishing a culture in which employees have a heightened awareness of its signs, and where negative behaviours are challenged and positive behaviours endorsed.

The RCN has been involved in the development and implementation of national and local partnership approaches to tackling bullying at work from joint policy development to national tools to support local initiatives. More recent approaches have focussed on the promotion of positive cultures and tackling undermining behaviours.

In Wales, the Minister for Health and Social Services has asked the NHS Wales Partnership Forum (WPF) –  the RCN Wales Director is Staff-Side Chair – to work with the NHS and Welsh Assembly to oversee an all-Wales approach to this issue.

In Scotland, employment law remains a reserved matter where the ability to legislate remains with the UK Parliament. However, NHS Scotland plans to review its national policy on Bullying and Harassment in the workplace in 2019.

In England, the Social Partnership Forum launched a collective call to action on bullying and harassment.  The call to action tasks employers and trade unions in all NHS organisations to work in partnership to create positive workplace cultures and tackle bullying. 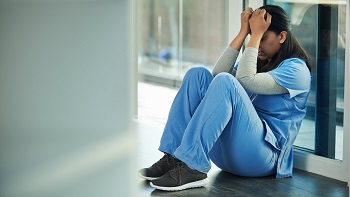 Nursing staff call for legislation to stop the harmful effects of intimidation.