I’m stepping up to this job at a time the profession, and the college, face significant challenges and I do not underestimate the task we face.

Listening to the voice of executive nurses across the four countries will be a key component of how we move forward, and I hope to meet more of you over the coming months.

For those of you in the NHS in England, the RCN’s processes around the recent pay deal and its communication were not good enough. We’ve started an independent review following a petition from members, and have already published the initial findings. An EGM is being held in Birmingham at the end of September.

Whatever the outcome, what has become clear is the need for the RCN to connect with and respond to its members, at all levels of the profession.

The full review, and its findings, will take several months to complete, but we have committed to publishing and implementing the recommendations in full when they are finalised.

As vital as this recalibration will be, the College will continues its work on the biggest issues facing the profession. Our work continues behind the scenes on how we might begin to solve the recruitment and retention issues many of you face.

Our biggest priority is our focus on staffing levels, and holding to account those responsible for ensuring safe and effective patient care.

Ultimately this should fall to Ministers, and we will be seeking legislation that sets out clear accountability for ensuring that there are the staffing levels required to keep patients safe. Of course, this will require a concerted effort by Government to recruit and retain more nurses – safe staffing is impossible without adequate nursing staff available to employ.

As such our Staffing for Safe and Effective Care campaign encompasses much of the college’s work around education - lobbying for incentives and funding support to encourage more students into the profession. Since the bursary was scrapped in England, numbers have been heading in the wrong direction, particularly among mature students. This has already begun to feed in to the serious shortages in mental health and learning disabilities nursing.

In England we are already lobbying for a comprehensive workforce plan that presents a strategy linking improved student recruitment right through to population need. Wales already has such a law, which we are calling to be extended, while our campaign has just launched in Scotland as draft legislation makes its way through the Scottish Parliament.

We believe this approach is vital for England and Northern Ireland too.

Throughout this process, executive nurses will play a central role. It is you who best understand the recruitment and retention challenges we face, and I share the frustrations felt by many of you. Better dialogue between those at the top of the profession and the College will play a key role in solving these, and other issues as we work together to safeguard the future of healthcare in the UK. 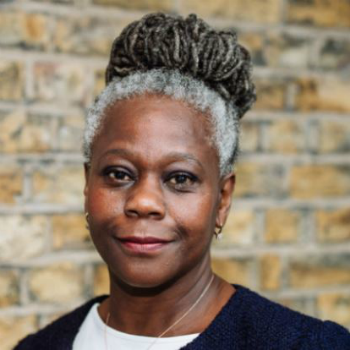