This is a rich collection illustrating nurses' real lives and careers from 1822 to present.

Nurses have been keen to preserve evidence of the professional lives with the RCN Archive by adding items such as diaries, lecture notebooks, working casebooks, professional written work, photographs, badges and medals, recordings, small artworks and other personal mementoes of an individual nursing career.

The First World War scrapbook of Mabel Pearce, a Territorial Force Nursing Service nurse deployed in Salonika and Italy during the war, which contains the poems, comments, sketches and mementoes created by the wounded she nursed.
The cartoons of retired military nurse turned local artist, Patricia Moody about hospital life during and after the Second World War. She became well known in Kent and annually sent an artwork to HM Queen Elizabeth the Queen Mother.

The diaries and letters of nurse Muriel Hibbert who taught nursing in Gaza between 1954-57 whilst running a hospital for the Church Missionary Society and United Nations Relief and Works Agency. She returned to Britain, later becoming the first Clinical Nursing Studies Officer.

These collections are available for research (subject to data protection) by appointment at the RCN Archive in Edinburgh.
Search the Archives Catalogue (Ref No = C*).

In 2017 we digitised 10 First World War nurses’ scrapbooks, which are now available to see in full online. Explore the wartime nursing experience through diaries and scrapbooks filled with their own words, sketches, poems and photographs. 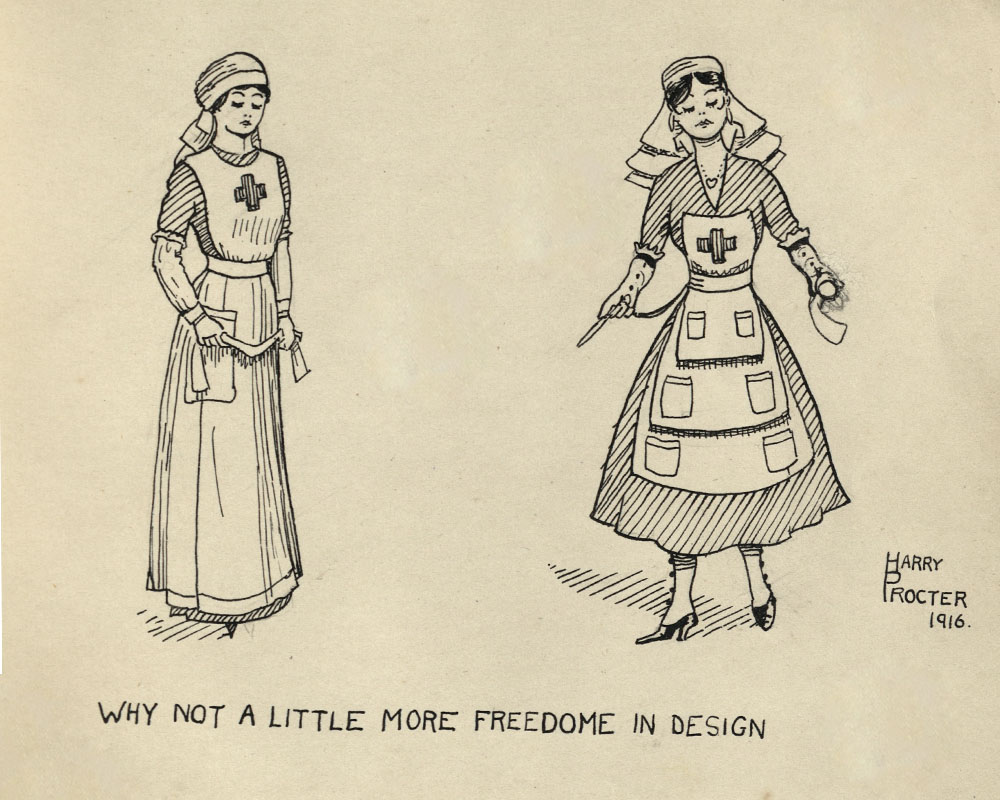