Anne first met the group of six nurses and eight health care assistants (HCAs) in November 2016 when they asked her to help them revise their job descriptions.

The nursing staff had been working closely with clinicians in their department to meet the increasing needs of the service. This meant working more autonomously and carrying out more complex procedures that they felt were outside their agreed pay band.

“The Band 5 nurses had been trained to carry out procedures that the doctors used to do,” explains Anne. “They’re complicated procedures that you’d expect to see in advanced practice.

“Similarly, the HCAs were carrying out tests which used to be done by nurses. These required independent decision-making that was outside of a Band 2 job description.

“Overall, it was positive because staff had been upskilled and it was enabling the service to grow, allowing more patients to receive treatment safely and effectively. But the nursing staff needed to be paid for the work they were doing.”

Anne with the nursing staff she supported

Like most NHS organisations, Anne’s trust has a protocol for matching and re-banding jobs, following the national NHS Job Evaluation Scheme processes.

Anne began by meeting the nursing staff to make sure their duties were outside their pay band and establish whether the tasks they were doing did fit into a higher banding.

The steps to success

Anne says: “I’d already been working with the trust’s senior nursing team and other staff side representatives to produce core job descriptions for Band 6, 7 and 8 specialist nurses and Band 2, 3 and 4 HCAs. I was able to use these as a comparison.”

Once she had determined that the roles met the criteria for the higher bands, Anne then revised the specific job descriptions for the group and approached their managers to ask if they agreed with these.

It's really benefitted the staff, the service and, most importantly, the patients

“We then had to agree back-pay,” says Anne. “Thankfully the training nursing staff had received was robust and there was evidence to demonstrate exactly when they were assessed to be competent to carry out the procedures.”

After a long process Anne was overjoyed when the staff received the remainder of their back-pay at the end of last year.

Anne says: “In this case, the management team were ethical and honest and acknowledged the work the nursing staff were doing. It’s really benefitted the staff, the service and, most importantly, the patients.”

Following a Congress resolution in 2017, the RCN has published resources (listed below) to help RCN reps support members who feel their job evaluation banding outcome is incorrect.

You can also find links to the above in the “Quick Links” section of the RCN reps hub. 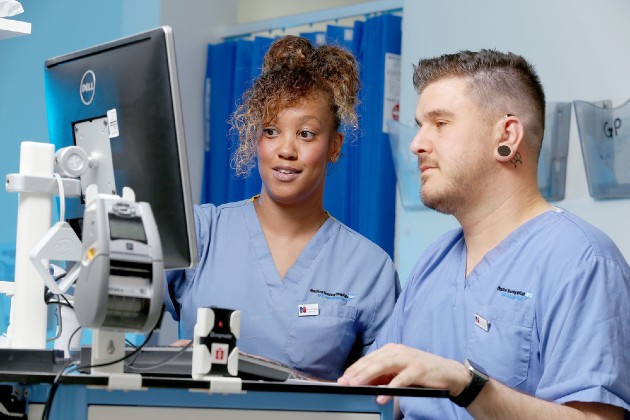 How can you help members achieve a better work-life balance?

'Every rep had their views listened to'