Beyond angels: how nursing has the power to challenge gendered assumptions

RCN Chair of Council and registered Macmillan Clinical Nurse Specialist, Carol Popplestone reflects on the role of gendered assumptions in nursing and why we must strive to challenge them.

Today is International Women’s Day. Nursing is a woman-dominated profession, but this is often confused with being a ‘women’s profession’. As such, nursing staff of all genders often find themselves pushing back against stereotypes and assumptions about the work we do, and the skill involved.

Historically nurses have been seen as benevolent angels, following a vocational calling. Many of us could never imagine ourselves doing anything but nursing, yet this view of the profession does not tell the whole story. It also accounts in part, for why our profession is undervalued and underpaid.

Our report on gender and pay in nursing found that Registered Nurses were paid just 81% of the sector average, and that within nursing, the gender pay gap was around 17% (when measured on a weekly earnings basis). A gap which is even wider for minority ethnic nursing colleagues.

The gendered perception of nursing is also why we are expected to continue doing more work with less resources – ‘angels’ are expected not to complain about staffing levels or poor working conditions.

Gendered assumptions about nursing - resulting in poor pay and working conditions - hurt all of us. Our report found one in three men were considering leaving their jobs because of financial worries. For non-binary colleagues, the terms ‘sister’ and ‘matron’, important as they are, require additional thought and navigation.

I am immensely proud of the contribution that women have made, and continue to make to the nursing profession, midwifery, and the field of women’s health in particular. However, as long as the notion persists that nursing is a vocation or ‘women’s work’ as opposed to a degree-level, safety-critical profession, governments will continue to undervalue and underpay us.

We must make it clear that as well as requiring attributes traditionally considered feminine in nature, such as caring, compassion and empathy, nursing in the 21st century also requires considerable education and training, resilience and leadership skills.

The nursing workforce is tough as well as kind, brave as well as caring and utilises complex cognitive skill as well as so-called ‘soft’ emotional skills.

Nursing has a unique and important role to play in the fight for equality. In every setting where health and care are delivered, we are there as advocates for our patients. We hold huge collective power within the health and care sector.

We also see first-hand how different issues of diversity intersect and overlap and have it within our gift to ensure that all of our patients and colleagues feel safe, secure and able to access services regardless of their gender, sexuality, age, race or other protected characteristic.

When we come together to speak out on matters of diversity and inclusion, be that as individuals calling out bad behaviour or as a profession campaigning for better and fairer health outcomes for our patients, we have the power to advance not only matters around equality, but the perception of our profession too. 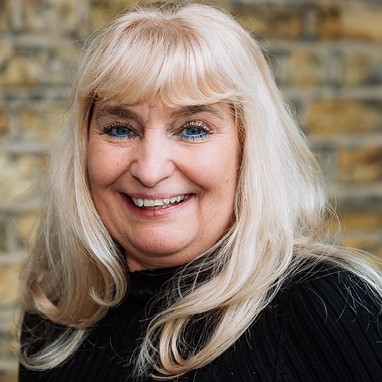 Carol has been a registered nurse since 1978. She works as a clinical nurse specialist for Macmillan developing and providing a nurse-led service for patients with urological cancers.