Gone but not forgotten

Gone but not forgotten 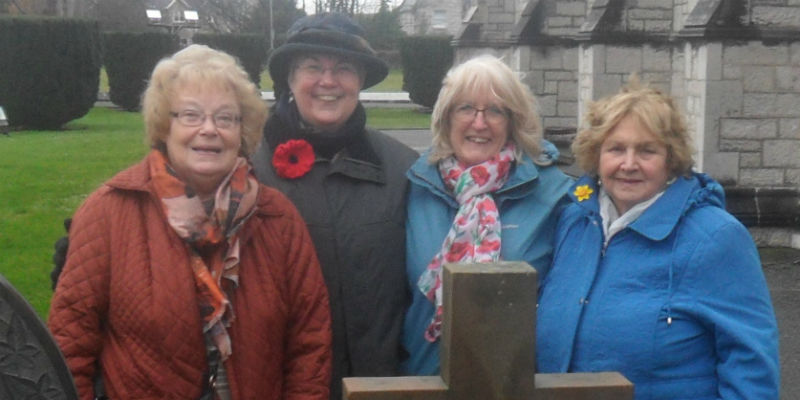 During the last year, TV programmes and media articles have marked the 100th anniversary of the flu pandemic that swept the globe between March 1918 and May 1919. The RCN have remembered it as part of their exhibition and events series ‘Pandemic’, which is now running in Scotland.

As part of a regular journey to North Wales from my home in Chester I drive past a striking large church (known locally as the ‘Marble Church’ at Boddelwyddan) but it was only recently that I learnt that a Canadian nurse, Sister Rebecca MacIntosh, is buried there. She died aged 26 on March 7th 1919, far away from her home and family in Nova Scotia. Alongside her are the graves of 83 of her fellow countrymen, many of whom, like her, died during the flu pandemic while they were stationed at a nearby army camp, Kinmel Park.

When I stopped at the church to see their graves I found out more of their touching story, thanks to a local group which have researched their stories.

Four months after the war had ended there were 15,000 Canadian soldiers waiting at the camp to go home and discontent at the wait and miserable living conditions boiled over during the week that Rebecca lay so ill. The events that took place between 5th and 6th March are still open to conjecture but rioting left at least 28 injured and 5 men dead, 4 of whom are buried alongside Rebecca.

It is poignant to think that while this rioting was going on, she lay dangerously ill in the hospital where she had worked and soon afterwards, the war diary for the 9th Canadian General Hospital at the camp recorded, “Nursing Sister MacIntosh of this unit died in hospital today—influenza. This sister was very popular with the unit; a true nursing sister devoted to her duty. She will be greatly missed by all.”

The story of this young nurse’s death moved me, as did the deaths of the soldiers alongside her. Three fellow members of the RCN History of Nursing Society and volunteers at the University of Chester’s Riverside museum; Pat, Lyn, Sylvia and I decided to mark the 100th anniversary of Rebecca MacIntosh’s death by visiting her grave on that day and laying some flowers. We chose blue and white as Canadian nurses in World War One were often known as ‘bluebirds’ because of the colour of their uniform dresses. Rebecca was one of 3141 Canadian women who volunteered to serve as nursing sisters in the Royal Canadian Army Medical Corps during WWI, 43 of whom lost their lives.

Estimates vary of how many people died overall in the Flu Pandemic of 1918-9 and figures quoted vary between 50 and 100 million. The enormity and scale of those deaths are hard to conceptualise but stories such as Rebecca’s remind us of the individual loss and cost. It was good to be able to remember a fellow nurse buried so far from home.

After working in a variety of practice settings as a general and mental health nurse, Claire became a university lecturer in nursing and health care, she currently works at the Open University as a staff tutor.  Claire studied history at Oxford Brookes University and completed a PhD at the University of Salford, focusing on the history of mental health nursing. Claire has been an RCN member for over 30 years and was a member of the RCN’s North West regional board.