International Nurses Day in spite of the challenges

International Nurses Day in spite of the challenges

It is sad that so many of the planned celebrations for International Nurses’ Day had to be cancelled due to the COVID-19 crisis. However, many of us, across the region, celebrated in our own way within the current restrictions. I also believe that nursing is not about one day, but every day, and we can celebrate again when the crisis is over. 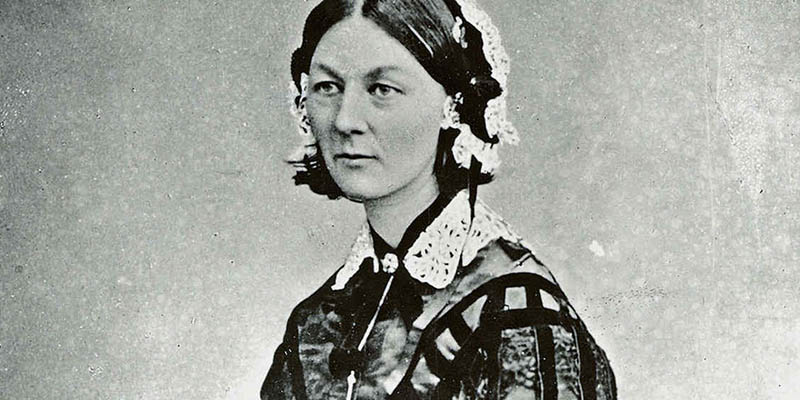 I am sure that Florence Nightingale, founder of modern nursing (1820 – 1910), would have been proud of the way we have all galvanised to meet the current crisis and, as a great lobbyist of Government, I am sure she would have had plenty to say regarding resources.

Florence Nightingale was born in 1820 in the city of Florence in Italy, hence her name. Her parents were on their honeymoon and in those days the wealthy took an extended trip, in this case two and a half years, from which they returned with two daughters! They had homes in Lea Hurst Derbyshire and Emberly in Hampshire. She was destined, as all wealthy young women were of that time, to a life of luxury and marriage to a wealthy man. But this was not for Florence; she believed that she had a calling from God to become a nurse and, after training in Germany and undertaking work in London, she then took a contingent of nurses to the Crimean war in 1854. Here she discovered more soldiers were dying in the hospital than at the front in battle. She improved sanitation and let fresh air into the barracks by opening windows and there was a dramatic drop in mortality at the hospital in Scutari.

During the Crimean war, Nightingale gained the nickname ’the lady with the lamp’ from a report in the Times newspaper referring to her walking the wards at night with her lamp, checking on the soldiers.

After the war she returned to the UK and dedicated her life to the pursuit of nursing. In 1860 she laid the foundation of professional nursing with the establishment of her school of nursing at St Thomas’s Hospital in London. She was an outstanding statistician, producing numerous books and papers and was elected as the first female member of the Royal Statistical Society. From her home in London she undertook a comprehensive statistical study of sanitation in Indian rural life and was the leading figure in the introduction of improved medical care and public health in India. In 1858 and 1859, she successfully lobbied for the establishment of a Royal Commission into the Indian situation. Two years later, she provided a report to the commission, which completed its own study in 1863. After 10 years of sanitary reform, in 1873, Nightingale reported mortality among soldiers in India had declined from 69 to 18 per 1000. To have achieved this from her home in London was quite remarkable.

She refused many honours and died in 1910. Her grave is in the church grounds of St Margaret’s East Wellow (near Romsey in Hampshire) and you can visit. She rests, as she lived, without great pomp and ceremony and the obelisk marking her final resting place simply reads 'FN 1920 – 1910'.

So, we celebrate nursing on her birthday 12 May each year and we should all take pride in the care we deliver as one great heath care team, nationally and internationally.

As COVID-19 continues to dominate everyday life and the work that we do, the relaxing of some restrictions now and over the coming months will cause anxiety to many of us. In the South West we have not been hit as hard as some other regions and big cities; nevertheless it has been, and continues to be, a tough time across all health sectors. Our members should feel safe in their working environment and if you have concerns about any issues please contact your local RCN steward or health and safety representative or contact the South West regional office through RCN Direct on 0345 7726100 or via the 'Get Help' section of our website.

There is also a wealth of information on the RCN webpages to support members.

COVID-19 has brought about new ways of working, especially the need for us to maintain ‘social distancing’. With this in mind we held our first virtual branch meeting for Dorset on the 19 May via Skype for Business. Despite a few teething problems the meeting was really well received and attended. Members appreciated not having to travel, take time off work to attend or indeed go out again after a long shift, instead being able to engage from the comfort of their own home. We covered lots of points including COVID-19, hydration when wearing PPE in this hot weather, the cancellation of RCN Congress, as well as the need for us all to take care of our own health. We certainly will be trying this medium again as it seems to engage more members when we have such a rural county. I would recommend all our RCN branches try this. Regional office staff were very helpful in setting it up, and I understand Cornwall branch have already held a virtual meeting too.

I attended the virtual RCN South West Board meeting on Thursday 21 May. Again, this was done via Skype for Business and therefore did not necessitate a four-hour 160-mile round trip by car, so it was good for the environment too.

We had a packed agenda, chaired by Board Chair Nettie Jones, covering: Board governance during the pandemic, the elections process, committee updates, our South West dashboard and key performance indicators, and the risk register. We have not yet received the paper regarding Agenda for Change pay negotiations but that will be available to the Board soon, and as RCN Council we are clear that members will be consulted throughout the process.

So my friends, there are lots of things happening and we are all working in the RCN to support our members in so many ways. We will get through this together.

“We may encounter many defeats, but we must not be defeated.” - Maya Angelou

All that remains is to say is stay safe, and look after yourself.