Dame Donna Kinnair reflects on the invaluable and lasting contribution the Windrush generation has made to the NHS. 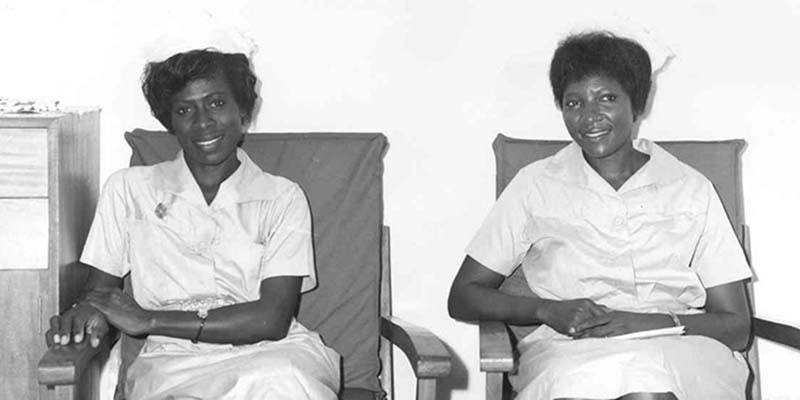 Saturday 22 June marked Windrush Day, honouring post war immigrants from the Caribbean, so named for the HMS Windrush, which arrived on 22 June 1948. This ship brought with it the first group of more than half a million migrants who would go on to not only settle in the UK, but make a significant and lasting contribution to its infrastructure, economy and culture.

This day gave us an opportunity to acknowledge the invaluable contribution made by that generation to the NHS as well as reflect on the current status of equality and inclusion across health care.

After the end of the second world war, the newly established National Health Service recruited extensively from Jamaica and Barbados after facing a hiring crisis in the UK. This later extended to other Caribbean Islands, and included my family of whom many were nurses who came in the late 1950s. These individuals moved to the UK, and were a critical part of the establishment of the NHS as we know it today. Those first groups of NHS nurses worked long hours, with intensive duties and demanding workloads – just like today’s nursing staff.

Despite many of these nurses having the required qualifications, only a very small minority were accepted onto the state registered nurse training and even fewer received promotions or opportunities to move up the ladder and pursue their own ambitions. Systemic and widespread racism placed barriers to advancement and left these nurses subject to abuse and mistreatment. Despite this, the vast majority remained here in the UK, continuing to care for patients and adding to our profession as it developed.

While it would be nice to think that the prejudices and barriers faced by the Windrush nurses were firmly established thing of the past, the reality is that change is painfully slow. The results of the Workforce Race Equality Standard tell us that there is still much more work to be done to create sustainable change in organisations. Nurses still tell us about their experiences of racism and at RCN Congress this year we learned much about the importance of understanding the impact of race on health from Professor Laura Serrant who delivered a superb Mary Seacole Lecture. The reality is that nursing staff and health care workers are still subject to hostile and unsafe working conditions. Just last month at Congress, members raised a number of issues for debate around working environments, including bullying and sexual harassment.

Here at the RCN, we are committed not just to an inclusive, welcoming and safe working environment as an organisation, we are also determined to protect and support our members across the UK. By working collaboratively to address systemic and chronic inequalities across the sector, we are dedicated to ensuring that members are able to work in positive and safe work-places. We see this as part of our role in honouring the legacy of the Windrush generation.

As part of this work, we will be running a series of events from this autumn, which will address how we can all work to break down barriers to equality and inclusion in nursing. Follow our inclusion team on twitter to find our more information @RCN_inclusion.