I grew up in the wonderful city of Nairobi Kenya. Nairobi means ‘the place of cool waters’ but the city is also known as the ‘Green City in the Sun’ because of its climate and pollution-free, green environment. 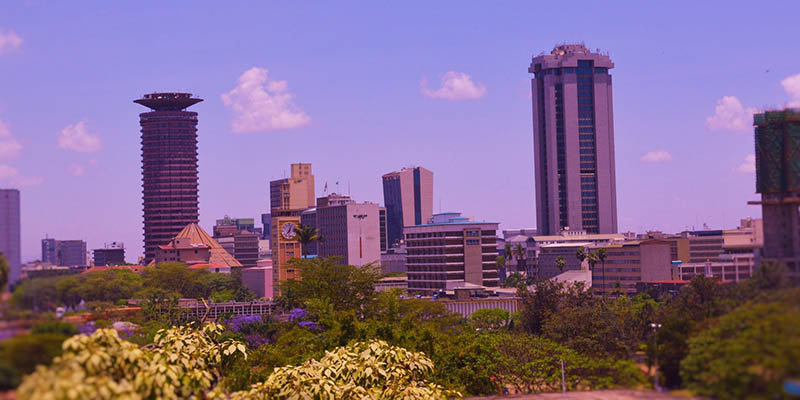 Nairobi enjoys a good climate and has many parks and open green spaces throughout. This favourable climate, as well as the city’s people, who are so welcoming, have attracted visitors from across the world, some of whom have made the city their home.

One settler to the city is my friend Sarah who visited from the UK and fell in love with the city. Sarah blended so well into the community that she has been given a local name in addition to her English names. She had so much love for the place that she decided to settle for good. Sarah’s story is not in isolation, there are many other 'Sarahs' who have made Nairobi and Kenya their home. My experience of growing up in this environment inspired me to venture out into the world beyond Kenya and was one of the reasons I chose to come to the UK. My friend Sarah and I swapped countries.

It was in the UK that I first became aware of race and racial issues. I was bewildered and couldn’t understand why it was an issue here but not where I came from. I quickly learnt that this is a topic that a lot of us shy away from. I wonder if this could be the reason why we haven’t found a solution? Silence does nothing to drive change.

The report published by Public Health England this week details evidence that race impacts our COVID-19 experience. The report states that the death rate from COVID-19 have been highest in people of BAME groups. While the report acknowledges the need for further review of data in order to understand the full picture, it should go without saying that the government and society need to wake up to the urgent needs of BAME population. We know that a disproportionate number of our BAME population are living in deprived areas and have low income jobs. And the problem is not only here. In the United States of America statistics evidence a similarly disproportionate adverse COVID-19 experience in their black and Asian population, and it mirrors the socioeconomic status of those communities.

I pause as I write and wonder how humanity lost its humanity. The world I lived in as a young girl seems to be so far away. In that world everyone was treated the same no matter how they looked, talked or what clothes they wore. It was a world where the challenges of one community was borne by others. This is the world I long to see again.

Like many people I have followed the story of the murder of George Floyd in Minnesota with a huge sadness in my heart, but one sight gives me hope for our future: a group of white women formed a line to protect protesters from police. To me these women represented my friend Sarah and others like her that I have known. This was a show of unity and a community spirit as well as defiance. This was being anti-racist and it is becoming clear that considering ourselves ‘not racist’ is not enough, we each have a responsibility to be anti-racist. We must speak out against racism every time we see it or experience it. We can be the friend of those being discriminated against and speak out to support them. Silence in the post COVID-19 world is complicit. I know there is a great deal that needs to be done, I know there isn’t a simple solution and real change will take time but we have start somewhere and each of us should speak against the injustices we see in the world we live in, where ever we are.

I’m looking forward to seeing the world become like the one I grew up in Nairobi. It’s that world I want for myself, my children, my friends and everyone else. I have faith that we are capable of it, I have to believe we are, we have to believe in our humanity to make change for the better.

Lucy is a registered nurse with extensive experience working in the South West.

She has over 21 years’ experience spanning acute and community health settings, including nursing homes.

Lucy qualified as a registered nurse and midwife in Nairobi, Kenya in 1992 before moving to England. Her postgraduate qualifications include a BSc in Health and Community studies and an MSc in Public Health, both from the University of the West of England. She has also completed her training as a public health practitioner.

In addition to the clinical roles Lucy has undertaken during her career she has worked for several years in senior safeguarding roles in acute and community health settings including the Bristol, North Somerset and South Gloucestershire Clinical Commissioning Group.