The RCN’s annual Congress took place in Liverpool from 19 to 23 May. 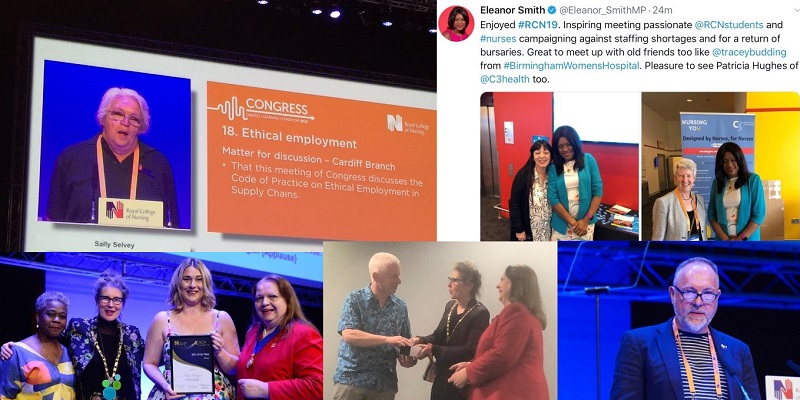 In our profession, Congress is a catalyst for learning, developing and influencing health care and nursing policy. It is about sharing the best nursing practice has to offer.

The main Congress business is done in the main hall through debates of around 20 motions on a wide range of topics, and the outcome of each of these debates shapes the RCN’s work in the following year.

In addition, there are keynote speakers who bring their own personal messages to the largest single gathering of nursing staff in the UK. This year, we heard from Dame Donna Kinnair, the RCN’s newly-appointed Chief Executive and General Secretary, and from Tom and Nic Wray, who shared their experience of Tom almost dying from sepsis and their determination that sepsis is identified and treated quickly by health care professionals.

Congress also has an incredibly diverse spread of fringe events. These are held every morning, lunchtime and evening, they’re free and you can choose to attend whichever of them appeal to your personal or professional interest. Some events are also aimed specifically at nursing students and health care support workers, with programmes geared to their interests and practice.

As an RCN member from the West Midlands, I think I can speak for everyone by saying ‘thank you’ to Debbie Higham, Diane Minnis, Jenny Bagley and everyone at the RCN regional office who helped in the organisation of the logistics of attending Congress for members from across our region.

These are just some of the highlights of the region’s presence in Liverpool during Congress week:

Dann is a children's nurse and a member of the RCN West Midlands Regional Board.