COVID-19 and the future of nursing: an international perspective

This webinar brings together colleagues from the UK and Australia in a session to not only hear from senior nursing leaders setting the context in which we find ourselves professionally but we will also hear first-hand experiences of frontline staff working through a pandemic. We will seek to answer 'what next for nursing?'. We will hear from the Presidents of both Colleges of Nursing as they explore nursing in a post COVID-19 world.

As well as hearing from colleagues we have a panel of UK and Australian clinical experts ready to take your questions.

Professor Christine Duffield FACN is an internationally acclaimed nursing workforce researcher and Australia’s leading voice on the impact of nursing workload and skill mix on patient outcomes and the quality of patient care. Christine joined the Australian College of Nursing (ACN) Board in 2013 and is currently the President of ACN.
Christine is the Professor of Nursing and Health Services Management at Edith Cowan University and the University of Technology Sydney. Christine is a highly accomplished international researcher with significant experience in the health and education industries in Canada, Australia, New Zealand and the UK. Christine is one of the top 10 most-cited Australian and New Zealand nursing and midwifery professors.

Christine focused on transforming the nursing sector over the course of her 40-year career. During this time, she has worked extensively with state and federal decision-makers as well as internationally, with the World Health Organization (WHO) and the International Council of Nurses (ICN), to drive change and innovation in health care delivery. As a result, she is highly regarded by practitioners as a researcher who understands the world in which they work and can translate results into practice and policy. 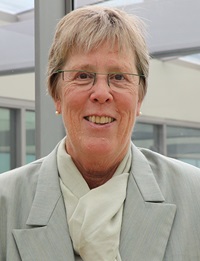 Adjunct Professor Kylie Ward FACN is a renowned leader and a passionate CEO who has shaped the Australian College of Nursing (ACN) to become a prominent and influential professional organisation. As well as leading a strong and collective voice for the nursing profession to improve patient outcomes and the social determinants of health for all Australians, Kylie is also driven to improve gender equality and diversity as well as promoting the importance of women in leadership roles both nationally and internationally. Kylie’s distinguished career spans almost three decades, and has seen her hold Executive positions in the largest health services in NSW and VIC. Through her commitment to reform, transformational change and leadership development, she has been awarded honorary Professorships from Monash University, Deakin University, University of Technology Sydney, Western Sydney University and Federation University. Kylie is the first nurse to be appointed by the Federal Minister as a Board Director of the Australian Digital Health Agency (ADHA). She is a Board Director of the Australian Nursing & Midwifery Accreditation Council (ANMAC), as well as serving Ministerial appointments to the Aged Services Industry Reform Committee (IRC) and the Health Translation Advisory Committee (HTAC) of the National Health and Medical Research Council (NHMRC). Dedicating her career and purpose to empowering others, Kylie has received widespread recognition and received multiple awards including the 2017 ACT Telstra Business Woman of the Year Award for Social Purpose and Enterprise and 2018 Western Sydney University’s prestigious Alumni Award for Professional Excellence. 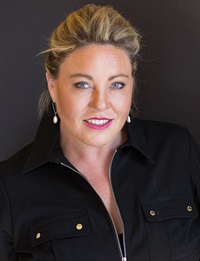 Chris is a strong advocate and a dynamic leader of advanced practice with a vision for demonstrating the value of nursing and its contribution to a safer healthcare system. Through his work as a nurse practitioner and nurse executive, Chris has demonstrated the determination and skills to create order from chaos and achieving optimal outcomes for those in his care. This resolve is tempered by his skills as an innovator, informatician and a health economist and a desire to build stronger, more effective and more efficient healthcare systems. Chris is currently the State Chair for Queensland and is also the chair of the Advanced Practice COI. 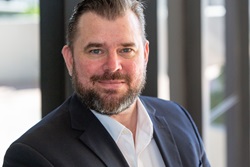 Jennifer Newton, EdD, RN, RM, FACN is an Associate Professor in Department of Nursing, Melbourne University and Adjunct Professor, Nursing and Midwifery at Monash University Melbourne. She is a highly experienced educational researcher exploring graduate transitions, reflective practice and has been the recipient of Australian Research Council funding to examine workplace learning in nursing. Jennifer has presented at numerous international and national conferences and has over 100 refereed publications and conference abstracts. Her commitment to her profession is reflected in her role as the Chair for the Australian College of Nursing (ACN), Melbourne Region, and Chair ACN Victoria State Network. She is a Member of the Sigma Theta Tau International Honor Society of Nursing – Psi Zeta-at-Large Chapter.

View the programme of live sessions.

This event will be recorded and available to watch on demand following the event.

Allow yourself a few minutes before the start of the event to locate your booking confirmation.

Please do not share the link to your event with anyone else (or on any public/ unrestricted site or social platform). Instead, please advise colleagues to book a place – we have plenty of spaces available.

Make sure you are set up properly

Reduce or close unused applications on your computer or mobile device.

If you require subtitles, you can click the ‘cc’ button in the bottom right of the screen to display these during the event.

Using the link in your booking confirmation join the event a minute or so early to familiarise yourself with the layout.  The link can also be found in subsequent email reminders.

Put your questions to our speaker by using the chat box facility.

Don't forget to give feedback in the evaluation at the end of the webinar and download your self-learning certificate. In order to validate the learning gained we recommend that a reflection is completed and submitted with the certificate as part of any review.