To book online using a credit/ debit card select ‘Book Now’. For all other payment methods check the ‘Fees’ tab

Join us online for this premier international conference as we explore the past, present and imagined future of mental health nursing. Discover how nurse-led initiatives are influencing the provision of mental health services and improving quality of life for people living with mental health illness.

This two-day conference provides an opportunity to:

What’s more, the move to a virtual conference means you will now enjoy additional benefits including:

This international conference is open to all health professionals, educators, practice developers, researchers, service users and carers who share an interest in mental health
Follow us on twitter: #MHNR2021 @theRCN @MHNRconf @MHNAUK

Please note these programme details and timings are subject to change.


The outcome of the reviews will be available to submitters week commencing 1 March 2021 via the abstract management system.

In order to be eligible to present, all presenters must register for the conference by Sunday 18 April 2021. Failure to do so may result in your abstract being removed from the final conference programme. As the main presenter you are responsible for co-ordinating the registration of your co-presenters (if applicable) in addition to yourself.

Please note there will be no presenter rate for this conference as the standard conference fee has been heavily discounted.

To book your place, please download and complete the booking form from our website or call +44 (0)29 2054 6460. Note you will need to quote your abstract reference number upon booking.

A concurrent paper is presented orally. Sessions will be facilitated by a chair and 20 minutes in length (including 5 minutes for Q&A). Presenters are encouraged to present live though the option to pre-record can be made available if preferred. Presenters that opt to pre-record their session will be expected to participate in a 5-minute live Q&A session with delegates following their presentation.

Posters will visible on the conference platform for the duration of the conference for delegates to view. Posters will also be presented as part of a poster tour during the breaks and facilitated by a chair. Presenters will have a 5-minute slot to present their poster live and take any questions from delegates. Posters should be visually stimulating in design and convey clear aims and outcomes.

Symposia will be facilitated by a chair and one-hour in length (including 15 minutes for Q&A). Presenters are encouraged to present live though the option to pre-record can be made available if preferred. Presenters that opt to pre-record their symposium will be expected to participate in a 15-minute live Q&A session with delegates following their presentation.

Workshops will be one-hour in length and must allow time for Q&A. Presenters will be expected to present the workshop live to delegates to allow for integrated workshop activities.

The International Mental Health Nursing Research Conference will be hosted on the world leading all-in one virtual conference platform, which offers:

This conference is open to all nurses, student nurses, health care assistants and allied healthcare professionals working in the academic, clinical and professional setting in the UK and overseas. This includes those working in NHS, private and voluntary sectors, universities and colleges. By attending this conference, you will have unrivalled opportunity to learn latest developments, share good practice and network with colleagues.

Need a helping hand with securing time off or funding to attend? Please download these helpful hints and tips.

Dr Daniel Taggart is a Clinical and Academic Psychologist who has worked in the field of mental health for over 20 years. He is a researcher and academic at the University of Essex, currently on a two-year secondment to the Independent Inquiry into Child Sexual Abuse where he is the Clinical Lead for the Truth Project. The Truth Project was established to provide adult survivors of CSA with an opportunity to share their experiences of abuse, its impact upon them and to make recommendations to the Inquiry. The Truth Project offers survivors an opportunity to have their experiences listened to in a safe and supportive fashion. Daniel has also worked with Historical institutional Abuse Inquiries in Jersey and Northern Ireland.

As an academic Daniel is interested in the impact that childhood trauma has on health and social functioning across the lifespan, the ways in which institutions contribute to the retraumatisation of abuse survivors and how to build services that reduce this risk. Linked to this is his research into families at the edge of the care system and evaluations of services designed to work with them. He has worked clinically in the areas of adult mental health, family therapy and parent-infant mental health services.

As an academic Daniel undertakes research on the impacts that childhood trauma has on health and social functioning across the lifespan, the development of Trauma Informed Approaches, and families and services at the Edge of Care.

Since August 2019 Dr Frances Hughes has held the position of General Manager of Nursing and Clinical Strategy at Oceania Healthcare Limited. In Dec 2019 she was recognised for her services to mental health and nursing as a Companion of the New Zealand Order of Merit. She has also been the executive director of Cutting Edge Oceania since 2018. Prior to this, for 2 years, she held the position of the CEO of the International Council of Nursing (ICN) in Geneva Switzerland. She was appointed to transform the organisation post review by PWC. In two years she successfully increased the financial viability of the organisation, instituted and implemented systems process and managed successful delivery of the largest nursing congress in the history of ICN. 2012 – 2016 Dr Hughes was the Chief Nursing and Midwifery Officer for the Department of Health, Queensland Australia. Prior to moving to Australia she held position in Mental Health in MOH Nursing and Chair of MH Nursing for Auckland University from 2004 – 2006. Frances has extensive knowledge and networks in relation to health policy, particularly in the field of
nursing and mental health, research and global health issues. Frances held the position, Chief Nurse for New Zealand, for 8 years and during this time played a major leadership role in health care policy and nursing.

In 2001 she was the first nurse to be awarded the Harkness Fellowship in Health Care Policy (US equivalent to Rhode Scholar) from the Commonwealth Fund in New York. Frances was awarded a Senior Fulbright in 2013 and studied the resilience of health systems at times of natural disasters. She has received an ONZM and distinguished alumni awards from both Massey University and UTS Sydney in recognition of her leadership. Frances served as the Commandant Colonel for the Royal New Zealand Nursing Corp for 7 years, providing strategic nursing leadership to the New Zealand Army. 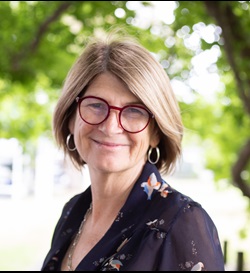 Please note as the conference fees are discounted by 50% there will be no presenter rate for the 2021 conference.

VAT is charged at the prevailing rate of 20%. When making payment please remember to add 20% VAT.

Online bookings are the easiest and fastest way to book 24 hours a day, 7 days a week.

Bookings can also be made by post with a downloaded booking form with credit card details or payment/remittance advice posted to: Event registrations, PO Box 2329, Cardiff CF23 8YZ.

A booking form with credit card details or payment/remittance advice can also be faxed to: 02920546489.

Payment by invoice is available on request. A Purchase Order and booking form are required.

All bookings will be confirmed in writing.

The RCN reserves the right to refuse any booking at any time.