RCN London members returned from Congress in Liverpool this year having led wide-ranging debates, won awards for their contribution to nursing and spoken out in the media and in Congress Hall about issues effecting the profession. 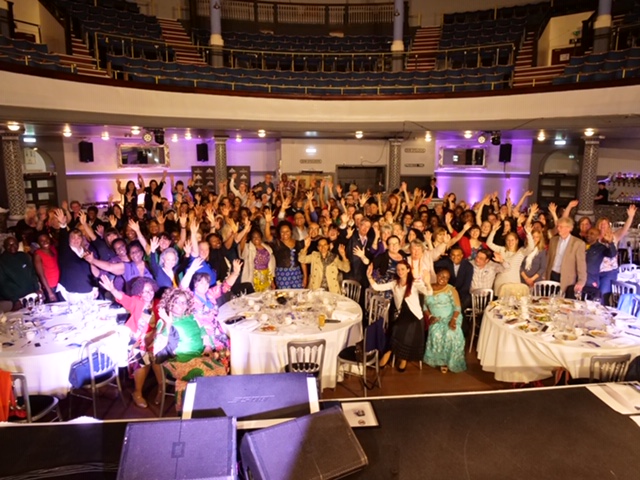 This year’s 5 day Congress was opened by RCN President and London member Professor Ann-Marie Rafferty who delivered her maiden speech paying tribute to the work of members across the country and issuing a rallying call for the RCN to take the campaign for staffing for safe and effective care to the ‘corridors of power’.

The opening ceremony saw a number of London members receive awards for their contribution to the RCN and to health and care.

RCN Outer North East London member Valerie Phillips received  a Commendation in the Safety Rep of the Year category for her work in supporting RCN campaigns and fierce dedication in speaking up for colleagues in her trust.

On the opening evening, the London region held its Congress Welcome Event during which members from all over the capital come together to meet friends and colleagues – old and new – and to celebrate each other’s achievements. Ian Norris from the Outer North East London branch MC’d the event with skill and humour.

During the evening, Outer North West London member and branch secretary Jacquilline McCollin was awarded the London Region Merit award for all of her work supporting the work of the RCN in the region as well as members in the workplace.  Long service awards were given to Mike Smith from Outer South West London and Andy McGovern from the Inner North East London branch in recognition of their more than 15 years of representative work for the region

When the debates finally began in earnest, London members led from the front with powerful contributions. The Outer North West London branch succeeded in passing two resolutions around the need to protect health and care staff from sexual harassment and calling for a national strategy on loneliness.

‘Congress might be tiring, but it is also invigorating and underlines how diverse, intelligent and forward thinking the nursing profession is.

‘I was beyond proud to see London members stand up and address Congress Hall, some overcoming their fears to do so, and to watch many make powerful contributions to debates that made not just Congress members sit up and take note, but the wider media too.

‘We have so much to be thankful for in London, and I for one am looking forward to taking on all the challenges that lay ahead of us as a region and profession this year.’