RCN student members have today launched a campaign calling for the Government to prioritise funding for nursing higher education in England. 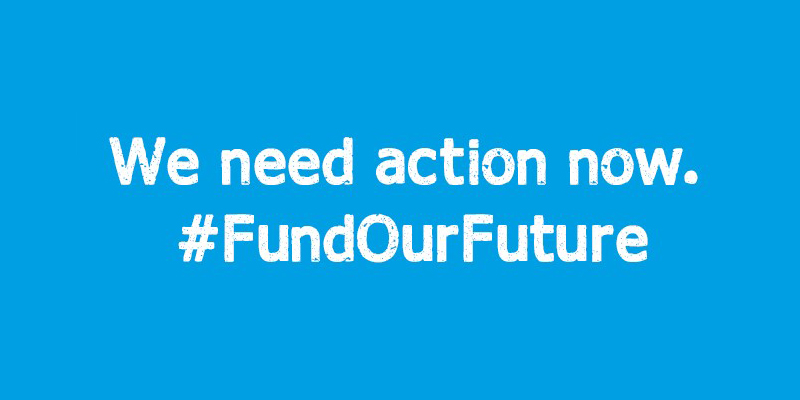 The Fund Our Future campaign aims to get at least £1bn a year back into nursing higher education in England to help students struggling to make ends meet and stop the catastrophic fall in nurse numbers.

Led by RCN student members, the campaign encourages student nurses across England to write to their MPs to raise awareness of the pressures they face and force the Government to look again at how it funds student nurse education.

It aims to influence how extra funding for the NHS will be spent as a plan is drawn up for how services are prioritised over the next 10 years. This plan is expected to be published in December.

Members can support the campaign by emailing their MP and asking them to write to Matt Hancock, Secretary of State for Health and Social Care, and Simon Stevens, Chief Executive of NHS England, calling on them to put a minimum of £1bn a year back into nursing higher education.

The money would go some way to replacing the funding lost when the bursary for nursing degrees was removed, and providing incentives to encourage people to study nursing.

Since the bursary was scrapped, applications to study nursing are down by a third and there have been 885 fewer people accepted onto nursing degree courses.

Falling student numbers are also contributing to the growing number of nursing vacancies in England, which now stands at almost 41,000.

Acting RCN Chief Executive Dame Donna Kinnair said: “The Government’s policy to increase nursing student numbers by scrapping the bursary has failed. We now face falling student numbers at a time when nursing vacancies in England are expected to hit 48,000 in the next five years.

“Student nurses face unique challenges and increasing numbers are being forced to rely on hardship loans to make ends meet. This is on top of clinical placements where they are too often used to plug rota gaps instead of being supported to learn. It is time to rethink student education funding. Safe patient care depends on it.”

Kelly Hitchcock, RCN Student Committee member, added: “Nursing is one of the toughest degree courses you can take. Nursing students have to spend just as much time on clinical placement as they do in the classroom, often over the summer. This leaves little room for part-time jobs to boost income.

“This was hard-going with the bursary. Now, with the added pressure of spiralling debt and a loan that often doesn’t cover extra costs such as travel to placements, too many students are pushing themselves to their limits to qualify.

“This cannot continue. For the sake of current and future student nurses and safe patient care, please add your voice to ours.”