RCN report outlines why law is needed to fix the nursing workforce crisis in England. 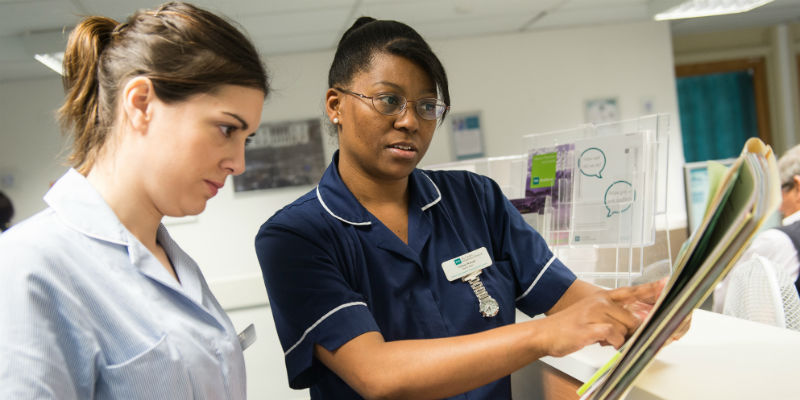 The RCN has published a report outlining the evidence behind its calls for specific legal responsibilities for workforce planning and supply across the health and care system.

The report, titled Standing Up for Patient and Public Safety, follows the release of recent NHS figures showing there are now a record 43,617 vacant nursing posts in the NHS in England.

The RCN is clear that to address the number of vacancies and tackle the workforce crisis, there must be clarity on workforce roles and responsibilities and that these must be set out clearly in law.

The report demonstrates that alongside this there needs to be a sustained investment in the future nursing workforce, with at least £1bn a year invested in nurse higher education.

RCN Chief Executive & General Secretary Dame Donna Kinnair said: “Nurses are working harder than ever to deliver safe patient care but are being held back by a system that is legally lacking teeth.

“Despite the public, patients and nurses all agreeing that clarity is needed on responsibilities for delivering enough nurses, we have yet to see any government pledge on this. As a result, we are staring down the barrel at a record 43,000 empty nursing posts.”

Recent polling for the RCN showed 80% of the public agreed that the government should have a legal responsibility for ensuring there are enough nursing staff.

In September, after pressure from more than 10,000 RCN members, NHS England and NHS Improvement stated the issue of accountability for workforce planning and supply remains an area that needs be resolved.

The RCN’s report presents new evidence that the lack of nursing staff is compromising patient care. The analysis shows that where there are less than 50% of registered nurses than planned on shift, staff are twice as likely to report that care has been compromised than if working on a fully staffed shift.

Dame Donna said: “We know how dangerous it can be when there aren’t enough nurses to provide care, but at present, almost all accountability rests with the frontline nurse working on the understaffed ward, rather than those responsible for the system they work in.

“We believe the time has come for change and that patient care must be future-proofed by law, so that from the government down, decision makers are held to account.”

Today (Tuesday 8 October) conservative MP and nurse Maria Caulfield is planning to use a 10-minute rule bill in parliament to demonstrate why legislation is needed and raise awareness of how the lack of safe staffing affects nursing staff and patient care.

Earlier this year, RCN members in Scotland secured new legislation on staffing for safe and effective care after a similar law was introduced in Wales in 2016.

As part of our ongoing safe staffing campaign in England, we’re asking members, patients and the public to sign a petition calling on the government to fix the nursing workforce crisis.