Nurses from Northern Ireland who served during the first world war have had a permanent memorial unveiled at Belfast City Hall in their honour. 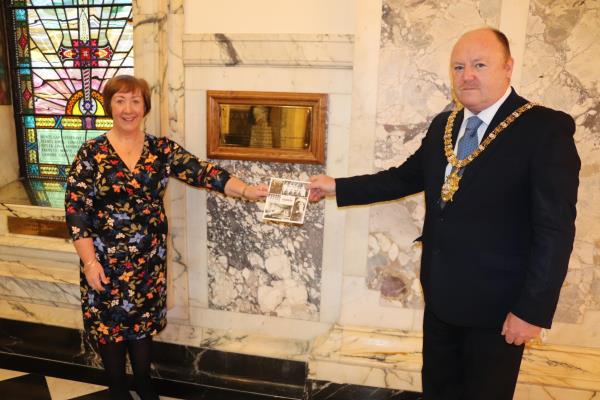 The Royal College of Nursing (RCN) Northern Ireland History of Nursing Network successfully applied to the Council for a plaque to be installed at Belfast City Hall to commemorate WW1 nurses following research which discovered more than 100 names of those who served in battlefields across Europe, Africa and the Middle East between 1914 and 1918. The group went on to produce a book telling the stories of these nurses for the first time.

Attending the unveiling of the plaque on behalf of the History of Nursing Network, Heather Thompson said: “It was a privilege to attend Belfast City Hall for the unveiling of this important plaque, by the Lord Mayor, Alderman Frank McCoubrey. The plaque is dedicated to all nurses who came from our island and served in WW1.

“It has been such a worthwhile and enjoyable project for all our group to be involved in and the plaque is a perfect way to bring our project to a close.”

Pat Cullen, Director of the RCN in Northern Ireland said: “This is a fitting tribute to the many nurses who sadly lost their lives serving in World War 1. Some died from war injuries while other drowned following the sinking of ships. There are fascinating stories which our History of Nursing Network discovered through their research but what is certain is that these were courageous nurses who were trailblazers of modern nursing.

“It is fitting that this plaque has been unveiled this year during which we have all seen the bravery and courage displayed by nurses today as they battle through the COVID-19 pandemic.

“Sincere congratulations to all of those involved but in particular Margaret Graham, Chair of the Network and Heather Thompson who led the work on WW1. It is so important that we remember the lives of those who have gone before us.” 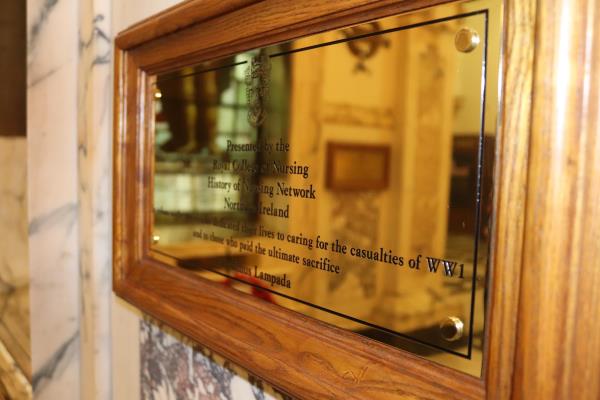