It is with great sadness that the Cumbria Branch announced that its long-serving and much-loved President, Ellen Cullen, affectionately known as Ella, died on 3 January 2022 aged 89. 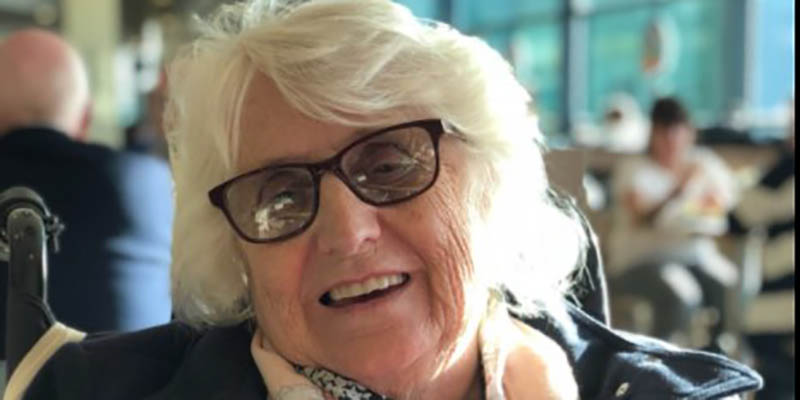 A celebration of her life will be held at Distington Hall Crematorium on Friday 14 January at 2pm. The family are asking for no flowers, but instead, those who wish are invited to donate to the Royal British Legion Poppy Appeal and Help for Heroes.

As a trainee at Whitehaven Hospital Ella had looked after returned soldiers and men who had been prisoners of war in Japan. After a break to get married and have her children: Ellen, Robert, Susan, Lynne and Mark, she went back to nursing and qualified as a nurse in 1949. She qualified in children’s nursing as well as an adult nursing and went on to become a senior nurse.

Having joined the Royal College of Nursing in 1979, she spent more than forty years as an activist, and many more as a nurse. After retiring from the NHS aged 65 she worked in the independent sector, latterly as a charge nurse for Guardian Care Homes. She features in the RCN Northern Region publication ‘A History of Nursing in the North East and Cumbria’.

She was made honorary president of the RCN Cumbria Branch in 2009, in recognition of a lifetime’s service to the nursing profession and commitment to the RCN.

She would always lay a Remembrance Sunday wreath on behalf of the Royal College of Nursing Cumbria Branch.

She was a regular attendee at RCN Congress, often affectionately accompanied by former RCN representative Billy Drysdale. She was a fiercely outspoken advocate of many issues, and many RCN members have fond memories of her from Congress.

She survived Covid in mid-2020, a feat she put down to not drinking or smoking.

She will be sorely missed by all who knew her.

Those who knew her and feel moved to share something are invited to leave a tribute on this remembrance webpage.