The spice drug epidemic in UK prisons is putting nurses and inmates at serious risk, the RCN has warned. 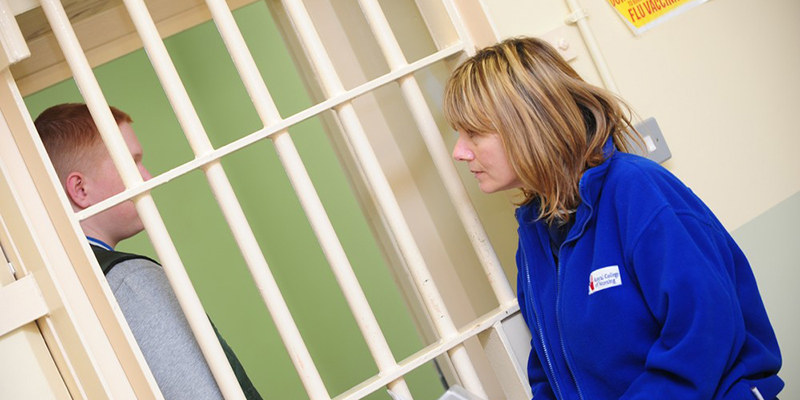 Nurses and health care assistants are often first on the scene when inmates need emergency care, and under current guidance, they are expected to enter cells before the smoke has cleared. RCN members report suffering the effects of inhaling the drug for hours following exposure, with some unable to drive home after their shifts.

In at least one case, a nurse was taken to A&E by ambulance after being knocked unconscious by the psychoactive fumes.

The RCN has written to Mr Michael Spurr, Chief Executive Officer HM Prison & Probation Service (HMPPS), calling on prison bosses to do more to protect nurses and other health workers from the effects of the drug.

Use of psychoactive substances is widespread in UK prisons, and the situation has become so dangerous that last month Tees, Esk & Wear Valley NHS Trust withdrew nursing staff from Holme House prison in County Durham due to the risk posed by spice.

RCN experts argue that existing HMPPS guidance “conflates the chronic and longer term issues of exposure to second hand tobacco smoke with the serious and acute issue of exposure to psychoactive substances.”

The guidance also suggests there is a duty for nurses and health care assistants “to intervene to protect a prisoner in danger of immediate harm in a cell where smoke or fumes has not yet cleared”.

This runs contrary to the guidelines produced by the Resuscitation Council which says emergency responders should assess dangerous situations and ensure their own safety before treating casualties.

One nurse said: “Recently we’ve had to give medical care to over 50 people in one week. Walking back after attending to a patient, I’ve suddenly felt dizzy, nauseous – it’s almost like the world has zoomed out.

“It’s really bizarre. I’ve sat in my car in the carpark for 50 minutes after work so I feel confident enough to drive. We’re all worried about driving in case it’s not safe or we get stopped and it shows in our system.”

“If this happened in a hospital, there would be uproar and investigation after investigation. I feel like it’s being swept under the carpet. There’s not enough being done.”

Janet Davies, RCN Chief Executive, said: “Spice poses a serious threat to nurses, health care assistants and prison staff, whose safety and long-term health is being put at risk day in, day out.

“As dedicated health professionals, prison nursing staff are expected to offer high quality care, but they should not be expected to put their own wellbeing on the line to deliver it. I have heard some truly shocking stories of nursing staff passing out or being unable to drive after exposure to spice.

“The scale of this problem demands swift and effective action from HM Prison & Probation Service. We would like to see an urgent review of the guidance that properly reflects the risks posed by this extremely dangerous drug.”

At RCN Congress today, delegates will call on RCN Council to work with employers to improve the morale and working conditions of prison nursing staff across the UK.