Eligible RCN members have voted in our indicative ballot on industrial action. 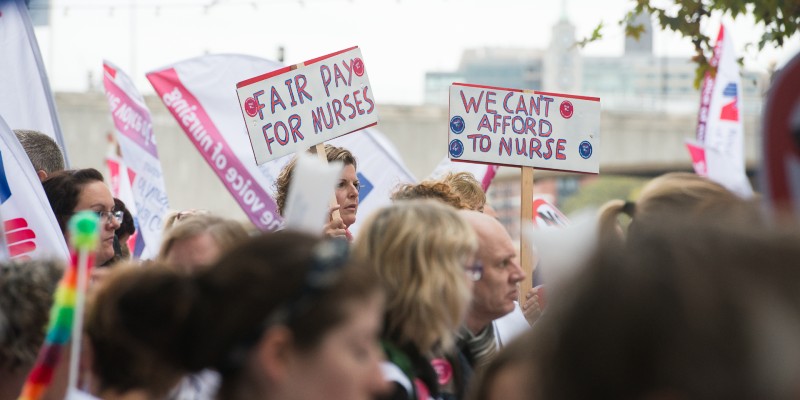 Almost 30% of RCN members working in the NHS in Scotland responded to the ballot that closed on Monday (8 November).

The RCN will use the ballot result to consider the next steps in the ongoing trade dispute with the Scottish government and NHS employers. A statutory industrial action ballot would be required before any industrial action could take place.

Julie Lamberth, Chair, RCN Scotland Board said: “I’d like to thank all our members who cast their vote in the indicative ballot for their participation. Understanding your strength of feeling is critical as we consider the next steps.

“The thought of taking industrial action does not sit well with nursing staff. So the response to our indicative ballot demonstrates how difficult things are within the NHS. The Scottish government must act now to protect patient safety and ensure we can retain and recruit the nursing workforce Scotland needs.

“We remain committed to keeping members informed and will update them shortly.”

Graham Revie, Chair, RCN Trade Union Committee said: “The years of being under-valued have taken their toll and the pressure of the pandemic has left many considering their future in the profession. The link between low pay, staff shortages and patient safety is clear. We will now be considering our next steps in our campaigns to achieve staffing for safe and effective care and fair pay for nursing.”

Indicative ballots are underway in England and Wales after RCN members there voted that the NHS pay awards for 2020/21 were unacceptable.

The RCN Scotland Board and RCN Trade Union Committee will now consider the results and the next steps in the campaign for fair pay for nursing.