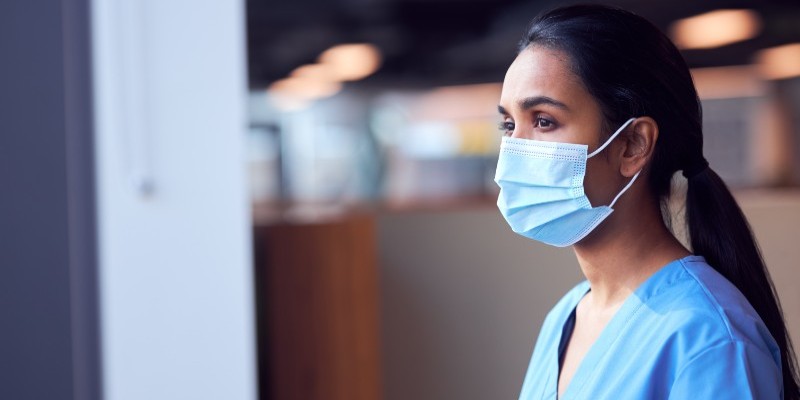 Racism is endemic in health and care with White nurses twice as likely to get promoted as Black and Asian staff, RCN survey results unveiled today (8 June) show.

The UK-wide survey of almost 10,000 nursing staff found that White respondents and those of mixed ethnic background across all age groups were more likely than Black and Asian colleagues to have received at least one promotion since starting their nursing career.

The difference appears most stark among those aged 35 to 44. While 66% of White and 64% of respondents from mixed ethnic backgrounds in this age group said they’d been promoted, this dropped to just 38% of Asian and 35% of Black respondents.

Registered nurse Olanike Babalola said: "I've experienced a lack of promotion several times. When I was doing my top-up degree, I did management of diabetes at level six. Since then, I’ve been looking for an avenue to work as a diabetes specialist nurse. I’ve applied three times and done interviews and it’s got to the point where I don’t bother anymore.

"Although I’ve got so much knowledge, I’m not given the opportunity to put that knowledge into practice. You find that they give the opportunities to the White nurses, rather than to you. It’s actually racism, discrimination."

Our biennial employment survey showed structural racism is having a devastating impact on minority ethnic nursing staff in other ways too. It also found that Black respondents working in both hospital (39%) and community (32%) settings are more likely to report having experienced physical abuse than respondents of other ethnic backgrounds.

We’re calling on the UK government to seize the opportunity of its planned reform of human rights legislation so that health and care organisations, regulatory bodies and inspectorates are required to tackle racism, including in the workplace.

This could include a legal requirement to eliminate disparities in recruitment, retention, and career progression or a greater responsibility for employers to protect minority ethnic groups from racism in all its forms.

We also want the COVID-19 inquiry to get to the bottom of why a high number of ethnic minority nurses died during pandemic, including any structural reasons.

It comes as delegates at RCN Congress in Glasgow have heard harrowing accounts of the racism nursing staff have experienced at work during the pandemic at a special screening of the film Exposed.

Agency nurse Roseline Sanni-Ajose said: “COVID-19 has been terrible for Black and minority ethnic nurses in the country. At the start it seemed all the Black nurses, particularly if they were agency staff, were always allocated to the red (high risk) areas.

“Due to the shortage of PPE, we weren’t given adequate masks and were told to reuse our protective clothing and wear a gown all day, even if we’d been exposed to COVID-19 patients.”

RCN Diversity and Equalities Co-ordinator Bruno Daniel added: “The pandemic has shone a spotlight on structural racism in health and care services and we must seize this opportunity to stamp out this vile behaviour once and for all.

“The UK government and devolved administrations must properly acknowledge and address this problem and the devastating impact it has on Black and minority ethnic staff and patients.”

Our cultural ambassador programme aims to make sure nursing staff from minority ethnic backgrounds are treated fairly and are supported to challenge discrimination and cultural bias at work. Find out more about the programme and how it works in practice.