The RCN has written to political party leaders demanding urgent funding for England’s nursing students in the first budget of the next government. 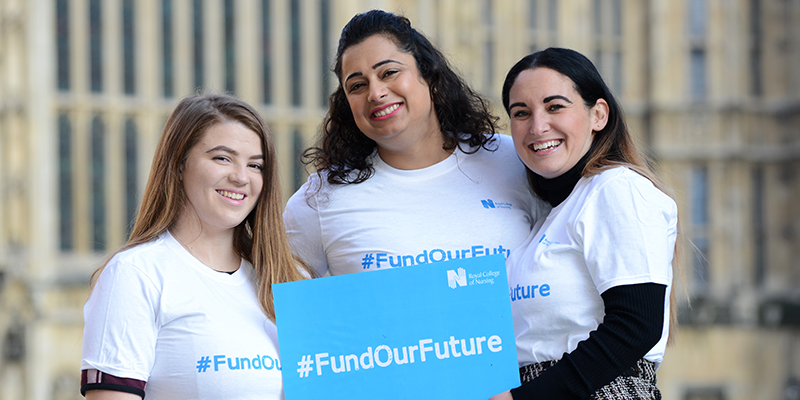 Whichever political party forms the next government must announce an emergency funding package in its first budget to help attract more students to nursing degrees in England next September.

That’s the message from the RCN in a letter to party leaders stressing the urgency of the situation. There’s just a five-week window after polling day before the deadline to apply for nursing courses starting next September.

Figures last week showed applications to study nursing in England have dropped 25%, or 13,000, since the bursary for nursing students’ tuition fees and living costs was removed in 2016.

There are currently 43,500 vacant nursing posts in the NHS in England alone. The crisis in staffing cannot be resolved without reversing the decline in the numbers taking nursing degrees, RCN Chief Executive & General Secretary Dame Donna Kinnair points out in the letter.

She writes: “Reforms to the funding model in England of nursing higher education have failed to generate growth in student numbers. This imminent deadline offers a clear opportunity to change the status quo.

“In England, government investment must be at least £1bn annually into financial support for nursing students, including living costs and tuition.

“Pledges to increase the number of registered nurses are best served by seizing this window to immediately attract more students to begin their education.

“Any new government must take decisive action within the first five weeks to have a fighting chance of beginning to end nursing shortages across the UK.”

The letter has been sent to the Conservative Party, Labour Party, Liberal Democrats, Green Party and Change UK.