Dave Dawes and Carol Popplestone have been elected to the key leadership roles. 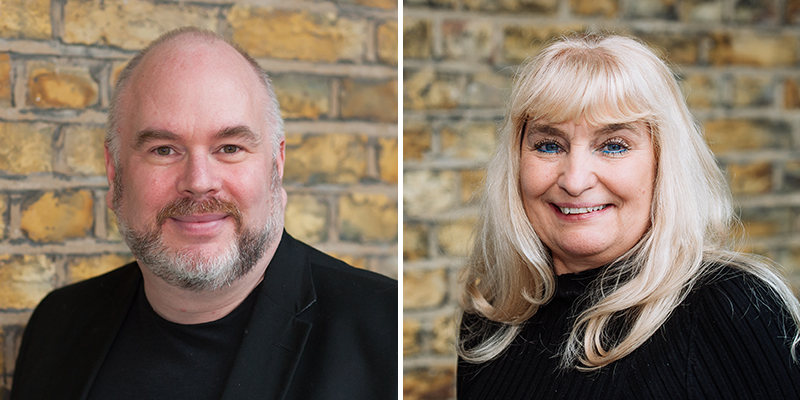 Dave has a long history of being actively involved in the RCN, first serving on RCN Council as a nursing student almost 30 years ago. This is now his eighth year on RCN Council, having served in four different decades – the 1990s, 2000s, 2010s and 2020s.

He is also Chair of the RCN North West Board and has served as a forum chair, branch officer and RCN Congress Agenda Committee member over the years. Most recently he has been the Honorary Treasurer of RCN Council.

Dave is the Commercial Director for Future Care Capital, a charity looking at the challenges facing the health and social care systems in the 21st century and a lecturer at Manchester Metropolitan University. He has over 25 years’ experience in hospital and community care in both the NHS and in the independent sector and significant expertise in board and financial governance.

Dave has outlined four key priorities upon taking on the role of Chair of RCN Council. They are:

He said: “I’m determined to make sure the voice of members is heard and believe we can achieve great things if we work together. I’m confident I can help steer the organisation through the immediate challenges it faces, so we emerge stronger and focused on the priorities that matter most to members. The RCN works best when it listens to and speaks for all our members and I will be starting that direct dialogue straightaway.”

Carol has been a registered nurse since 1978 and works as a clinical nurse specialist for Macmillan, developing and providing a nurse-led service for patients with urological cancers. She is an accredited RCN steward and was a member of the RCN UK Stewards Committee from 2013 to 2016. Carol has also previously served as a member of the RCN Trade Union Committee and as Chair of the RCN Yorkshire & the Humber Board.

She said: “I’m proud to be taking on the role of Vice Chair of RCN Council and am looking forward to using my experience to best meet the needs of members. I’m committed to listening, learning and responding to what members tell us so we are truly representative of the nursing profession.”

RCN Chief Executive & General Secretary Dame Donna Kinnair said: “I would like to congratulate Dave and Carol on their elections to Chair and Vice Chair of RCN Council and look forward to working with them both closely. This is an incredibly important time for the College, as we fight to secure safe staffing and fair pay, and together we will work for our members.”

Dave and Carol were elected to the roles by their colleagues on RCN Council. Their terms of office begin immediately and will conclude at the end of 2021.