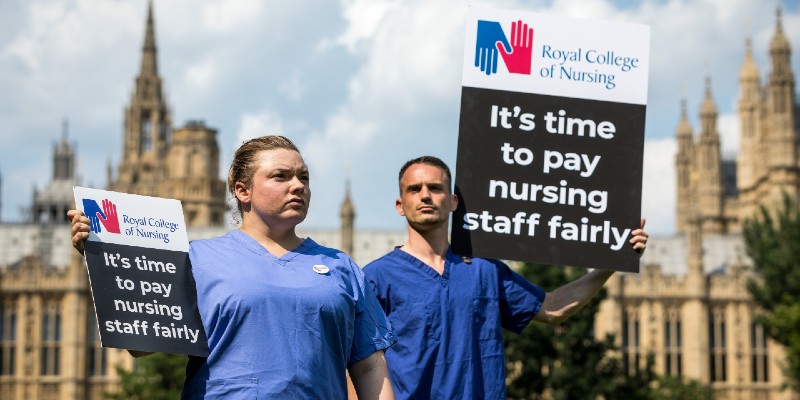 RCN members working for the NHS in England on Agenda for Change contracts are to be asked whether they’d be willing to take industrial action in an indicative ballot launching on 4 November.

The result of the indicative ballot will not formally authorise industrial action but will be used to inform next steps in our fight for fair pay. If it is clear that enough members would take some form of industrial action, then a further ballot may be organised to take this forward.

The ballot will be run by Civica Election Services with voting open from 4 to 30 November. Eligible members will receive their ballot email from RCN@cesvotes.com. To make sure the ballot reaches the right people, members’ details must be correct in MyRCN. Check your details now.

The ballot is being launched after 92% of members working for the NHS in England who voted in our previous consultative ballot said their 3% pay award for 2021-22 is unacceptable.

RCN Director for England Patricia Marquis said: “Patient care has to be at the heart of the recovery of the NHS, but this can only be done with investment in the people needed to deliver it.

“Those in power need to understand that only by paying nursing staff fairly will they prevent an exodus of the people they rely on to keep health and care services running.”

Chair of the RCN Trade Union Committee Graham Revie added: “Ministers must know how nurses feel, but right now they’re choosing to ignore the calls for a fair pay rise that finally recognises the sacrifice, skill and professionalism of the largest workforce in the NHS.

“We have to make sure the voice of nursing is impossible to ignore. I urge members to take part in this ballot and tell us whether they’re willing to take industrial action to turn things around for our patients and make it possible for us to give them the care they deserve.”

In Wales, the RCN has lodged a formal trade dispute with the Welsh government over its 3% pay award for NHS nursing staff and an indicative ballot on industrial action will also be launched on 4 November.

In Northern Ireland, a formal pay announcement for HSC staff is still awaited.