College launches advertising campaign to encourage people to speak out about nurse shortages in England. 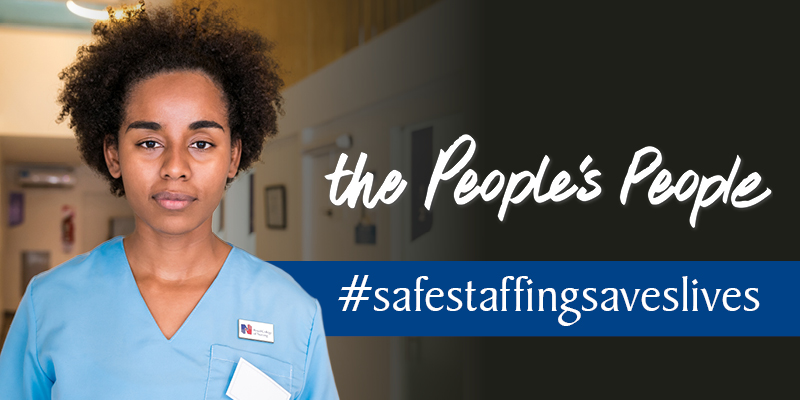 The RCN is urging patients and the public to sign a petition calling on the government to fix the nursing workforce crisis in England. It has launched an advertising campaign to raise awareness of nurse shortages, which are having an impact on patient safety.

The adverts feature the strapline: “Nurses are the people’s people. Now we need to fight for them.” They ask people to sign a new petition the RCN has created, which reads:

“I’m calling on the government to invest in tomorrow’s nurses, end this crisis and make clear in law who is truly accountable for safe and effective patient care.”

There are almost 40,000 nurse posts vacant in the NHS in England, with serious staffing gaps in care homes and independent hospitals.

The RCN’s campaign is being launched on the World Health Organisation’s first annual World Patient Safety Day, which aims to create awareness of patient safety and urge people to show their commitment to making health care safer.

Earlier this year, RCN members in Scotland secured new legislation on safe staffing levels after a similar law was introduced in Wales in 2016. Today’s campaign calls for legislation to be brought forward in England to help address the nursing workforce crisis.

“We’re calling on the public in England to fight for nurses and sign our petition calling on the Westminster government to invest in the future workforce and make clear who is accountable in law for safe patient care.

“Nurses are the single most trusted professional group in the whole country, with 96% of the public placing them at the top of a list of occupations including doctors, teachers, the police and scientists. Nursing staff are asking for your support in calling time on this crisis.”

The RCN wants ministers and NHS leaders in England to:

Find out more about our campaign and sign our petition.