Strike action in Northern Ireland to continue in January

The RCN in Northern Ireland has notified the Department of Health and HSC employers that the next dates for strike action will be 8 and 10 January. 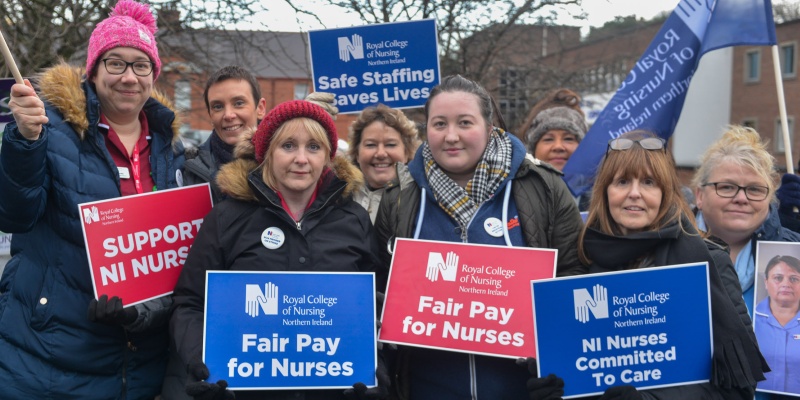 There are currently 2,800 vacant nursing posts in the HSC and nurse pay has fallen by 15% in real terms in recent years. Nurses in Northern Ireland are the lowest paid in the UK.

“By now, no one in Northern Ireland, or indeed the rest of the UK, can be in any doubt about the inequalities in health care that people in Northern Ireland are facing. Yet here we are with nursing staff taking strike action again in early January.”

“We have written to the Secretary of State to say that we are extremely disappointed to learn of the failure of the health summit in late December to produce any resolution to the safe staffing and pay parity issues that form the basis of our action.

Pat added: “We are also disappointed to hear that attempts to negotiate an agreement leading to the restoration of the devolved institutions has failed.

“Although we wish to see political leadership and accountability in Northern Ireland restored, nurses deeply resent the link that is being made between this and resolving the crisis in health care. Sorting out this crisis is a priority regardless of our political situation, which has been in disarray for the past three years. We do not have another three years to wait.

“We wonder how much longer this inaction can continue before somebody, somewhere, can take a decision to rectify the problems we are facing?"