Too many nursing staff lining up at food banks, says Gordon Brown at RCN Congress 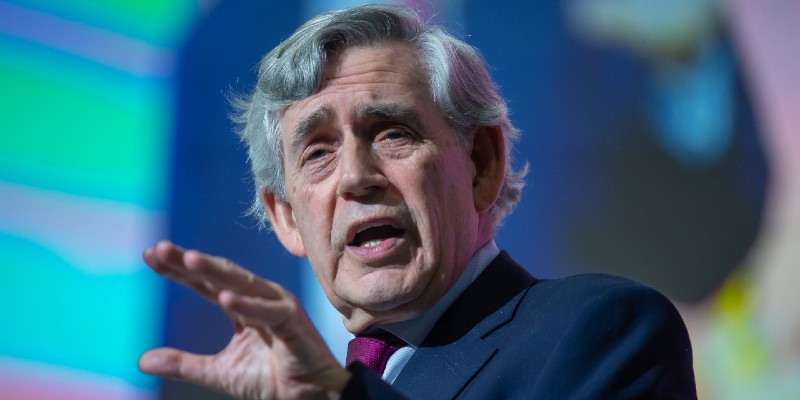 Gordon Brown condemned the need for nursing staff to use food banks at RCN Congress today.

The World Health Organization Ambassador for Global Health Financing spoke about health trusts that have set up food banks within hospitals to provide food parcels for nursing staff and other health workers.

He backed our call for fair pay for nursing staff and said we need to end the use of food banks by ending low pay.

Watch our video interview with Gordon Brown at RCN Congress.

He said he believed the best way to reward nursing staff for their work during the pandemic is to ensure decent wages and working conditions and argued that a referendum on this would get the support of the public in the UK. He urged nursing staff to write to their MPs to express the importance of the issue.

“Two years ago the NHS was deservedly awarded the George Cross for its work during the pandemic, but the reward for individual nurses has been pay settlements well below inflation, leaving nurses much worse off,” he said.

“I hate the idea of nurses doing long shifts and then having to queue at food banks. This is simply not the way to treat the nursing profession.”

He added: “I will be with you when you are arguing for nurses and all who work in the health service.”

The former prime minister also called for investment to tackle the shortage of nursing staff across the UK and a long-term plan for the NHS, reflecting the RCN’s current safe staffing campaign.

As a supporter of the NHS ethos of providing care based on medical need rather than the ability to pay, Mr Brown said this principle needs to be extended to the rest of the world to provide fair access to COVID-19 vaccinations.

“Vaccination is not only good for Britain, but good for the world,” he said.

Mr Brown called for action to tackle vaccination hoarding, the lack of local nursing staff, providing anti-virals where needed, increasing testing and communicating the importance of the vaccine.

He said we were ill-prepared for the COVID-19 pandemic and although there are 28 million nurses in the world, this number is declining and 34 million are needed. He added that the biggest shortages are in the poorest countries.

In the UK, he said 70% of the population have been vaccinated but the number is just 11% globally.