The Hettie C. Hopkins Care of the Elderly Nursing Scholarship is open to RCN members working in Wales with the elderly and wishing to pursue a project or course associated with care of the elderly. 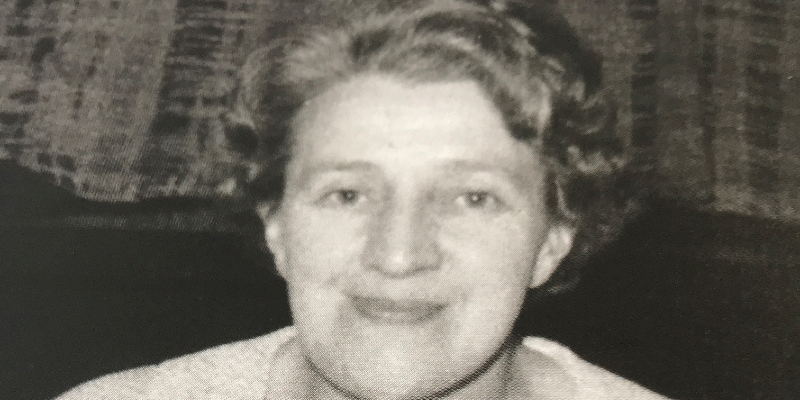 This scholarship is named after a founding member of RCN Wales. Hettie Hopkins (1919-2012) set up the national RCN board for Wales and raised funds for its new headquarters in Cardiff, Tŷ Maeth, which was opened by Princess Margaret in 1965.

Hettie was born in Abertridwr, near Caerphilly, to a mother who had been a children's nurse.

She went on to take her general nursing training at Leeds Infirmary, rejecting the Royal London and St Bartholomew's hospitals in London because they told nursing students what sort of hairstyles they should have. She then picked the Simpson Pavilion of the Royal Infirmary, Edinburgh, for her midwifery training and remembered that the application form stated "you are advised to bring your own tea tray".

As a maternity ward sister at Whitehaven Hospital, Hettie was asked to take over the preliminary training school. This began a nurse-training career which took her to the London teaching hospital and Cardiff Royal Infirmary.

She then became involved in the Royal College of Nursing and campaigned for a Welsh board after a 1959 uprising of nurses in Wales. The RCN Council was proposing a reconstitution which involved including men in the charter and reducing three Welsh council members to two.

Hettie pressed Council to retain the three members and have a new, full-time officer for Wales. The Council response was: raise £20,000 within two years and you can have a full-time officer who can live at home and use her own car. An interim committee was formed, and the funds were raised in just over 18 months, with a full-time officer being appointed soon after.

In 1962 the Welsh Board replaced the interim committee and, after some resistance because she was happy working as an old-fashioned sister tutor, Hettie was appointed secretary. This meant touring Wales in the Morris 1000 family car, recruiting members and raising funds to build a Welsh headquarters for the College, Tŷ Maeth.

In her 2005 speech on the 40th anniversary of the opening of Tŷ Maeth, Hetty remembered: "The country roads made journeys long and arduous. Some days it took me seven hours to drive from home to Bangor in my Morris 1000 along the winding roads. I used to keep myself going with shilling cartons of milk that were available at the national milk kiosks along the roadside, and biscuits bought from Boots. But whenever I arrived at my hostesses' I would always have a jolly good meal. There was great generosity."

The RCN Wales membership expanded hugely thanks to Hettie's work. Capitalising on the momentum she had developed, an appeal for the new Tŷ Maeth headquarters in Cardiff raised £300,000 (well over the £200,000 target) and the building was opened in October 1965.

When Hettie retired in 1978, she did not want a present but instead contributions to help establish a scholarship fund to boost projects for the care of the elderly in Wales. She was appointed OBE in recognition of her services to nursing and continued to take an interest in nursing during her retirement by studying a BSc at the Open University.

The Hettie C. Hopkins Care of the Elderly Nursing Scholarship is open to RCN members practising in Wales who work with the elderly and who wish to pursue a project or course of study associated with the care of the elderly. For a scholarship application form, please email Lee.Anderson@rcn.org.uk. The deadline for applications is 31 May 2021.