The RCN has announced arrangements to take forward industrial action, including strike action, across HSC services in Northern Ireland. You can find out more here.

RCN Northern Ireland Director Pat Cullen said: “The last thing that any nurse wants is to have to take industrial action. However, as we have stated on many occasions in recent weeks and months, nurses now feel that we have no choice. This was demonstrated clearly in our recent ballot. With around 2,800 vacant nursing posts in the system, record levels of expenditure on agency staff to try to plug the gaps, and nurses’ pay continuing to fall further and further behind the rest of the UK, nurses have had enough. The RCN has been raising these issues for many years, but nobody in the corridors of power has listened.

There are currently 2,790 unfilled nursing posts across the system, with a similar level of vacancies estimated in nursing homes. Nurses’ pay within the health service in Northern Ireland continues to fall behind England, Scotland and Wales. The real value of nurses’ pay in Northern Ireland and has fallen by 15% over the last eight years, whilst the cost of securing nursing staff via nursing agencies has increased to an all-time high of £52million in 2018-2019. An RCN campaign leaflet, setting out the growing inequalities in pay for Northern Ireland nurses compared with colleagues in the rest of the UK as from 1 April 2019, can be downloaded here.

These factors have a direct impact upon the health and well-being of the people of Northern Ireland as well as the health and well-being of nursing staff, with long waiting lists and waiting times, difficulties in accessing services, and nurses so over-stretched that they are simply unable to provide the level of care to patients and their families that they want to provide. The RCN believes there is a link between recruitment and retention of nursing staff, cost-saving measures and low pay.

You can read the RCN's announcement of the ballot results here. 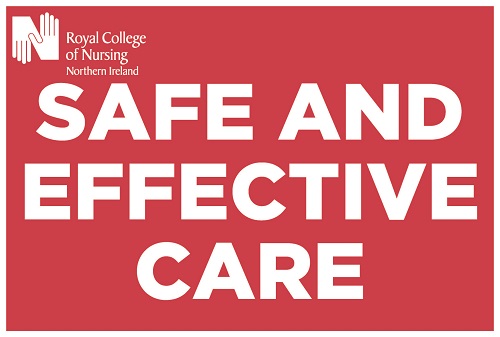 Read about our ballot