Lockdowns have taken their toll on children and young people’s emotional and mental health, with one study carried out on behalf of the charity Barnardo’s showing at least a third reporting increased levels of stress, loneliness and worry.

Meanwhile the NSPCC recorded a 23% increase in people contacting the charity with concerns about the welfare of a child between 2019/20 and 2020/21, and both the police and National Domestic Abuse Helpline recorded higher levels of domestic abuse during the pandemic, factors that can cause serious psychological harm to children and young people.

It's a familiar picture for specialist community public health nurse Bethan Watkins, who works in three high schools in the Vale of Glamorgan. “We’ve noticed a massive increase in anxiety,” she says. “And it’s still very much there.”

She’s also seeing a large rise in the numbers of students with eating disorders – echoed nationally in research by the Royal College of Paediatrics and Child Health, with some paediatricians seeing a quadrupling of cases.

We’ve noticed a massive increase in anxiety and it’s still very much there.

“A lot of young people seem to have changed their diet completely during lockdowns,” says Bethan, who’s worked within school nursing since 2017.

“Many young people have been looking at social media much more,” she says. While this can help reduce social isolation, there’s also potential for “copycat behaviours that can be detrimental.”

A key aspect of Bethan’s role is holding a weekly health hub in each school, where students can be referred for help by teachers and others, or seek advice themselves.

“It’s a bit like working in A&E,” she says. “You never know quite who will walk through the door. It can be anything from a chat about contraception to someone disclosing they’re self-harming.”

While she can refer young people to specialist help – such as children and adolescent mental health services (CAMHS) or eating disorder clinics – among the biggest challenges is their understandable frustration with having to wait, often for several months, for appointments.

“But in the meantime, we can be a crutch,” says Bethan, who was a midwife for 20 years before she moved into school nursing. “Sometimes that young person will go into crisis before they can secure an appointment.

“I get feedback from young people saying they’re glad to have someone to talk to every week. It may not be a long conversation, but at least you have that continuity with them. They know you’re there.”

If school nurses are given time, they have the skills and knowledge to create fundamental change in every aspect of children and young people’s lives, says Michelle Eleftheriades, the RCN Professional Lead for Children and Young People.

“School nurses offer a holistic approach to care, for both parents and their children, with the potential to create lifelong impact,” she says. “We know there’s been a rise in children and young people seeking support and school nurses have a key role in prevention and early intervention.

“Sadly, they aren’t often given the time to fully develop this area of their role due to increasing service pressures and challenges in recruiting and retaining staff.”

Getting to know the children throughout their time at school is among the many attractions for Mel Gittins, who is lead nurse at an independent secondary school in Bath, which has 620 students, around a quarter of whom are boarders.

“You become almost a part of their extended family,” says Mel, who has previously worked at Great Ormond Street Hospital. “I enjoy the pastoral care the most. You can really get to know the children, much more than in a hospital setting where you’re a very small cog in a big wheel.

“Here, our sole purpose is the education and development of young people. We’re a big part of their journey through our school.”

When she joined four years ago, the school wanted to change their model of care.

“We went from what was a reactive medical centre to becoming a proactive health and wellbeing centre, which I’ve helped to develop,” says Mel.

There’s a large focus on developing skills for life.

If we can give them the right tools now, they can fall back on them later in life

“There can be a perception that exams are the most stressful thing students will face, but that’s not the case,” she says. “They’ll have a lot of different stresses - university, relationships, finance. If we can give them the right tools now, they can fall back on them later in life.”

With so much emphasis on mental health and wellbeing, she’s keen to ensure students understand that sometimes feeling anxious and worried is a normal reaction to challenging circumstances, such as an important test.

“Students can very quickly self-diagnose themselves as anxious or depressed, when actually they don’t have a disorder, but completely normal emotions,” says Mel. “It’s when things start to interfere in your ability to live your life, you might need extra support.”

During the pandemic, when students couldn’t attend school in person, she suggested ways they could replicate their usual day.

“We had an action plan for lockdown, part of which involved moving around their house as much as possible,” explains Mel. “You wouldn’t do each lesson sitting in the same place. This mimicked what you might be doing if you were in the school building.”

At the end of the day, students were encouraged to get changed and go for a walk, so there was a separation between school and home life.

“Without a doubt, this role is the best thing I’ve ever done,” says Mel. “I feel very lucky.”

School nursing around the UK 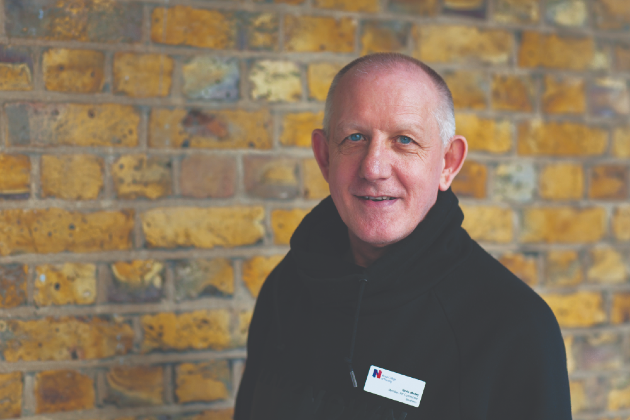 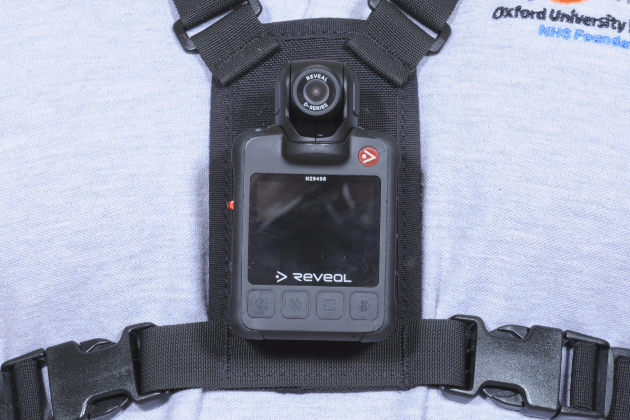