“I could have been so many different things because there’s always been so much I’ve liked and enjoyed,” says João Marçal-Grilo.

He might have become a vet, a farmer, something in international development. But fuelled by a passion that began when he volunteered in a hospital in India, he became a nurse. It proved a good move.

The skills he's acquired as a nurse are helping João and the charity he founded to bring hope to people in South Asia whose lives are affected by mental illness.

After studying for a first degree in geography in Lisbon, João, a British and Portuguese dual national, moved to the UK and began a master’s in international development in London.

He then worked for a market research company for a while but soon craved something more fulfilling.

“I started to get a bit bored and thought what I like to do most is interact with people and listen to their stories,” says João.

Always a keen traveller, he opted to quit his job and go backpacking – Latin America first, then across India and Nepal.

In Varanasi, in Uttar Pradesh, he came across a hospital run by nuns who accepted any traveller keen to lend a hand. João volunteered, helping to bathe and feed the patients, while also teaching English to the children who lived in the slums around the hospital.

The patients were mostly destitute. Homeless and abandoned by their families, they had a range of physical and mental health problems. But João loved caring for them.

“I felt in my element,” he says. “It didn’t feel like work at all and I thoroughly enjoyed it.”

The experience transformed him. “When I came back to Europe, it pushed me to make a complete change. I decided to go back to uni and applied for nursing.”

With a degree in mental health nursing from King’s College London, João spent several years working for various services in hospitals and the community. “Then I got itchy feet and felt it was time to do something different.”

In 2011, he was selected by VSO, which places volunteers on programmes in poorer countries, to go to Sri Lanka as a dementia nurse consultant, helping to set up a team at a newly built dementia centre in Colombo, the first of its kind in the country.

“I really enjoyed that experience and made amazing connections and friendships,” João says. But it also opened his eyes to the stigma and discrimination associated with mental illness – a problem worldwide and especially evident in lower and middle-income countries – and how ill-equipped many of those countries are to respond to the needs of people with poor mental health.

He also saw how few development opportunities were available to nursing staff and by the time he left Sri Lanka two years later and returned to the UK he had resolved to do something about it. In October 2014, the charity Jaya Mental Health was born. 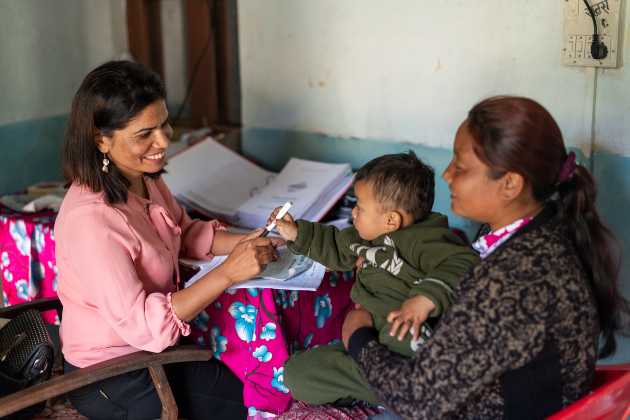 Pictured above: One of Jaya's nursing staff at an outreach mental health clinic on the mountains of Eastern Nepal

“It would be a platform that would allow nurses from our side of the world to share their knowledge and experience with colleagues in countries like Sri Lanka and vice versa,” João explains.

The aim was to create a sustainable approach to health care rather than what he calls a neo-colonial model where “experts” from the northern hemisphere go south to change things. Instead, local nursing staff would be the experts. “It’s from them that knowledge and skills radiate,” he says.

Setting up a charity is a mixture of straightforward and a hard slog, João discovered. The logistical side is relatively simple and the Charity Commission offers helpful guidance. But securing funding can be gruelling, especially at the start.

João has this advice for nursing staff interested in following his lead.

“You need a portfolio, a project to show people that you are worth investing in. But you need money to have a portfolio, so it’s a chicken and egg situation.”

For the first three years, to save money João rented out his London flat and sofa-hopped between friends and family, essentially working as a volunteer for his own charity.

But over the years, Jaya Mental Health – “jaya” means “victory” – has gradually increased its reach and influence. It now receives official requests for help, often in remote areas. 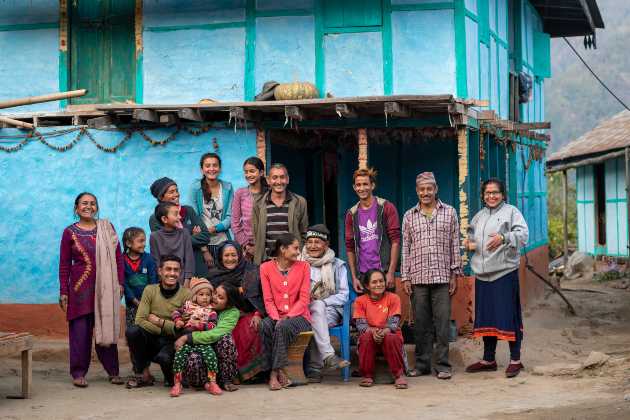 Pictured above: One of the many families and communities João’s charity has been reaching out to and working with in the Himalayas

Working mainly in Nepal but in other South Asian countries too, it trains and empowers local health workers to improve the lives of people affected by mental illness – people like Chandra, a farmer from eastern Nepal with a long history of schizophrenia.

Thanks to João’s charity, Chandra now has access to a monthly clinic where he receives specialist support and medication.

“After getting help from the clinic, I feel like I have got a new life,” Chandra says.

Last year, João’s success was recognised when he won the mental health category in the prestigious RCN Nursing Awards.

He’s rightly proud of his achievements and attributes them in part to his experience as a nurse.