Tom was 38 when his life changed beyond recognition. He got sepsis. Within 24 hours he was in a coma. Four months later he woke up. He’d had both arms and legs amputated and part of his face removed. While unconscious, his wife Nic had given birth to their second child.

“I was fit and healthy before sepsis,” says Tom. “It came on without warning. I started vomiting and couldn’t stop. My head was pounding and I kept going from hot to cold.”

Mistaken for a bad case of flu, Tom was advised by his GP to take paracetamol, go to bed and sleep it off. Later that night, after deteriorating further, his symptoms were missed again in A&E.

“It was a Friday night so the staff were dealing with the usual comings and goings,” recalls Tom. “They were mystified why I was suddenly feeling so extremely ill. There was no consultant on shift and I wasn’t referred to one. They dropped the ball basically.”

With sepsis, speed is of the essence. While up to four in every 10 people with the condition will die, it can be cured if identified and treated quickly. For severe cases, antibiotics must be given intravenously within an hour of diagnosis to avoid serious complications or death.

In Tom’s case, it took 10 hours to get the blood test results that confirmed sepsis. By that point sepsis had spread through his body shutting down the blood supply to his extremities. He had total organ failure.

Now, following a speech to members at RCN Congress, Tom, his wife Nic and clinician Pippa Bagnall want to further raise awareness of the impact of late diagnosis and encourage nursing staff to voice their concerns about deteriorating patients.

Rapid diagnosis can save a lot of money, heartbreak and distress

“Though awareness has significantly improved in the 20 years since I got sepsis, it remains a debilitating, life threatening condition that affects hundreds of thousands of lives,” says Tom. “Rapid diagnosis can save a lot of money, heartbreak and distress.”

In 2017 a study showed sepsis could cost the UK economy up to £15.6bn each year. At least 250,000 people are affected by it in the UK annually and it causes 52,000 deaths. That’s more than the number of people killed by breast, bowel and prostate cancer each year combined. Sepsis is more common than heart attacks and, Tom believes, should be treated with the same level of seriousness.

“If you’re not sure what’s wrong with the person you’re treating, you must ask whether it could be sepsis. Have confidence to stand up to your seniors and advocate for the person in your care.”

In Tom’s case, a student nurse was concerned about his condition and feared sepsis, but didn’t have the courage of their convictions to call a consultant. That lack of confidence proved catastrophic.

“Please, please do your bit to speak up and raise awareness,” says Tom’s wife Nic. “Flood your work area with posters. Make sure everyone knows what sepsis is and does. We don’t need new medical research to get a cure for sepsis. We know how to cure it, but we must further improve awareness. Speedy recognition and treatment is key.”

A hole in community nursing

Tom, Nic and Pippa also want to see more support in the community for survivors of sepsis and their families.

“When Tom was discharged from hospital, a huge amount of co-ordination was needed to address his medical needs,” says Nic (pictured right). “There were drugs he needed, he had a tracheostomy and lots of dressings for his amputated limbs. He needed surgeries for three years afterwards.

“Then there’s the psychological side of it, all the damage that was done to him, as well as me as his carer looking after a newborn and a young child. We had so many ongoing needs – that continue to this day – but I ended up doing all that co-ordination, because once we were home there was no support. That’s as true of sepsis now as it was almost 20 years ago.

“So there’s this dirty great hole in community nursing and we’re determined to highlight how complex sepsis is and how its effects persist. Conditions like stroke, dementia, HIV and cancer all have integrated care pathways and yet with sepsis, you go into the community and disappear.”

Former nurse Pippa agrees: “New guidelines for the NHS in England are helping to speed up the diagnosis of sepsis in acute settings. But the truth about sepsis is that it starts and ends in the community. There really must be greater focus on both detecting blood poisoning in the community and supporting survivors of it when they return home.”

But surviving sepsis takes its toll. For many thousands of people, like Tom, they’re living with extreme outcomes, such as amputations and follow-up surgery. The impact on mental health is huge. Twenty years on from getting sepsis, Tom hasn’t had a single session of counselling.

“It’s alright. I’m alright. Beating sepsis, coping with the aftermath and trying to earn enough for my family has been the challenge of my life,” he says. “It can be a very brutal and difficult lifestyle but we’ve come through it. We’ve survived and I’m proud of what we’ve achieved.

“I look back at myself at 38, earning lots of money, running a film business together, living in a beautiful house and it would be easy to say we lost everything. But we’ve still got our marriage, we’ve still got our children, we’re all still together and that’s worth an awful lot. I remind myself of that every day. It inspires me and keeps me going.”

So Tom, Nic and Pippa’s message is one of resilience, of making it through the toughest of times and coming out the other side with more strength. They’ll be speaking to members at RCN Congress on this topic with the aim of protecting nursing staff working under enormous pressure. “Otherwise, nurses and their patients will not be safe,” insists Pippa.

The trio – a unique partnership of patient, carer and clinician – delivers inspirational speeches on how to cope with setbacks, change and adversity.

They met while Pippa was working at the UK Sepsis Trust and supporting the couple as they attended screenings of a film made about their lives. “It became apparent that it wasn’t helpful for Tom and Nic to repeatedly watch what they went through,” says Pippa. “Instead they stopped watching the film and started to lead discussions about it to audiences afterwards.

“The three of us found we had a mutual interest in how people recover from really dramatic life events. We found most people have something in their lives where they could apply resilience and that we could help those people take control of their situation by sharing Tom and Nic’s story.”


We are adamant that something positive should come from our experience

As the trio (pictured below) have talked to more audiences, common themes and lessons have emerged that can apply to people in all circumstances, sepsis related or not. “People assume that what we would have to say would be overwhelmingly negative,” says Nic. “But we are adamant that something positive should come from our experience. We want people to learn from what we’ve gone through and take something away for themselves.”

“We want to acknowledge the huge stress nursing staff are under and encourage them, explicitly, to look after their own welfare,” says Pippa. “With health services so stretched this is a major issue. If it’s not addressed as a priority, the safety of patients will be compromised through no fault of hardworking staff.”

Tom and Nic are all too familiar with traumatic situations, but perhaps the most remarkable part of their story is how they recovered, as a couple, after sepsis. “Together, we worked through post-traumatic stress and rehabilitation,” says Tom. “We fought to keep afloat financially, and to hold our young family together after losing our jobs, our home and our whole way of life. We grew in new ways to become stronger, better people.”

But it hasn’t been easy. Back in 2002, Nic was at breaking point. “I remember physically smashing my head against a brick wall,” she says. Sessions of cognitive behavioural therapy proved to be both a lifeline and marriage saver. “It helped to talk to someone outside the family. Those close to you have too much skin in the game.”

It helped to talk to someone outside the family. Those close to you have too much skin in the game

Nic also found a release in creating art. “The process of drawing and painting allowed me to put my anxieties to one side,” she says. “It helped me find clarity in simplicity. When you have a world full of problems – somebody always wanting something of you – just being able to focus on one thing puts your brain in the right place to pick things off one at a time. There’s something about having a diversion like that – and it doesn’t need to be art – that really helps. You find the things that have been dragging you down for days, or even months and years, suddenly fall away.”

Establishing a strong support network is also vital. “If you’re going through a difficult time, proactively find out who will be there to support you,” says Pippa. “Sometimes you can feel let down by family members and friends, who might not be there for you as you hoped, and instead other people blow you away.”

For Tom, who’s spent the past 13 years working in a call centre, support has come in unexpected places. “It’s mostly staffed by women and they’ve been like a second family to me. There’s something wonderful in being part of that. You must find your support where you can.

“So we hope RCN members will find what we have to say useful, positive and encouraging. We do this for the sake of people who are out there still suffering, and for those who didn’t survive and don’t have a voice. We do it for them really. It’s all about them.” 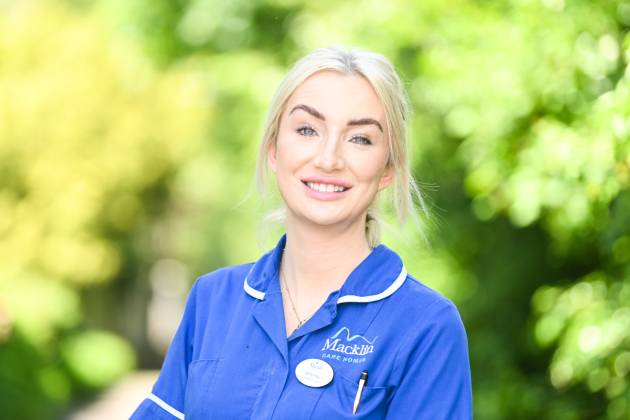 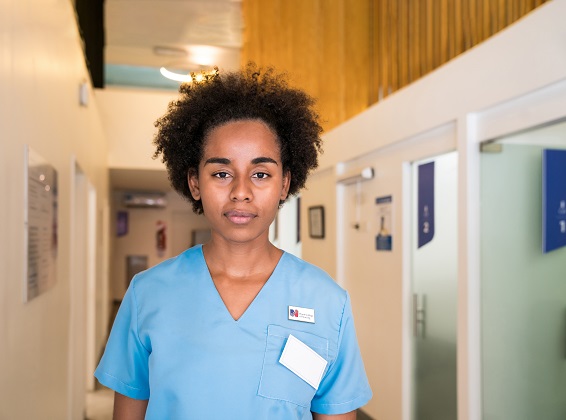