When Michael Fullerton began receiving questions about gender identity from adults with learning disabilities and autism, he created a booklet to provide the best possible answers.

“Over the last couple of years, we've had an increasing number of people referred to us who typically have a mild learning disability and either have transitioned or are confused about their gender identity, including people who have ended up being admitted to secure services with a gender dysphoria disorder diagnosis,” says learning disability nurse Michael Fullerton.

Michael is Clinical Director of Achieve Together, an organisation that supports people with learning disabilities and autism. He creates guidance and training on best practice within the specialty. But providing answers to questions about gender wasn’t easy: “We needed to be better informed,” he says.

When Michael approached trans organisations for guidance, he found a similar problem: “They were seeing more people, particularly with an autism diagnosis, making contact. They weren't sure how to engage with people with learning disabilities or autism, so were often signposting individuals to local mental health support services.”

Each group had half the answers. Michael decided to combine their expertise in a new booklet for people with learning disabilities and autism, explaining in accessible terms what it means to be transgender.

“One of the key things was speaking to and listening to people with learning disabilities and/or autism who were trans men, trans women or considering transitioning,” he says.

“We also worked with Persia West, a trans woman who’s active in the trans community, as an advocate and an author. She joined us for the focus groups and that helped enormously in understanding things from a trans community perspective.”

Alongside explanations of what being transgender means, the focus groups revealed a need for information on practical everyday issues. From clothing, hairstyles and vocal training, to tips on talking to loved ones, navigating the health system and dealing with discrimination from members of the public: “We wanted to give advice through the booklet – in terms of your voice, for example, you can go to a voice coach and there's apps that you can use. We signpost to support organisations as well.”

Michael also discovered how the experience of a trans person with a learning disability or autism can differ from that of other trans people. “There are people ending up in the hospital system with a gender dysphoria diagnosis, when actually, it's not a gender dysphoria issue,” he says.

“They are frustrated, because no one's listening to or accepting what they are saying about their gender. That accumulates to them being distressed generally, and they end up with an inappropriate diagnosis.”

People with mild learning disabilities were more likely to have their gender identity recognised, as they're more able to articulate themselves. “I suspect there's many people with more moderate or severe learning disabilities that might prefer to identify as another gender, but can't express that,” Michael says. “Or we might observe signs, but we either don't have the skills to pick them up or we ignore them.”

Alongside these potential communication barriers, support staff working with people with learning disabilities and autism were not always prepared for conversations about gender.

“The booklet is designed to offer opportunities for discussions and allow people to express themselves,” Michael says. “So, if learning disability nurses are using it to promote those conversations, it allows people to be open and honest about their thoughts and feelings.”

To help make this kind of open, honest conversation the norm, Michael’s made sure that the booklet is available for free online. It’s now been translated into Dutch too, so nursing staff and social workers in the Netherlands can support people with learning disabilities.

Michael’s booklet has had a warm reception. He was nominated for an RCNi Nurse Award earlier this year for his work on it, and has received positive feedback from trans organisations and people with learning disabilities and autism. Already, it’s facilitated a family reunion, helping a grandfather to understand and accept his grandchild’s transition.


Words by Rachael Healy.
Pictures from the booklet illustrated by Change.

Finding the black nurses of the Royal Navy

Do you have a nursing ancestor?

If there are nurses in your family tree, the RCN library and archive team can help you find them

Managing the pressures of leadership

Where do pressures come from and what can you do about them?

When the unthinkable happens, organ donation can provide hope to others 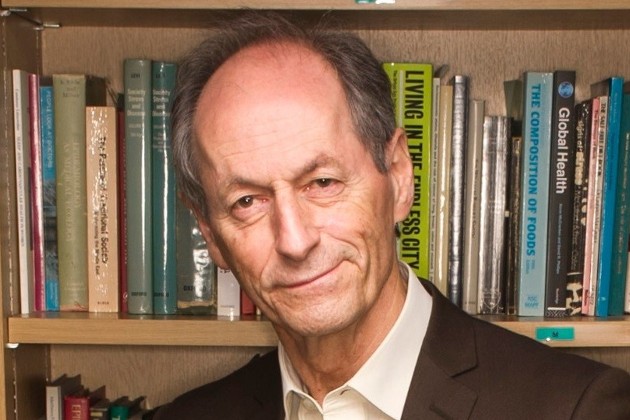