Nurses, politicians and philanthropists alike realised their shared vision for a platform to regulate and progress the practice of nursing. This early idea grew to be a strong fellowship to which nurses at the time gravitated, and still do today 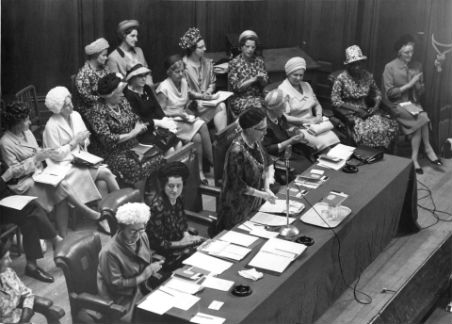 1969 First meeting of Congress in Harrogate

The College’s 1916 aims included attracting “the right sort of women” to the nursing profession.

And so whilst our founding principles remain the same, the group of founder members looks very different to the diversity of people that make up our membership today.

Now, 100 years later, we have an extensive fellowship of all the very right sort of people, from across the UK. This wide-reaching community owes itself to the early ambitions of our founders.

The College was co-founded by Sarah Swift and Arthur Stanley, with a vision to promote high standards in nursing by regulating education. 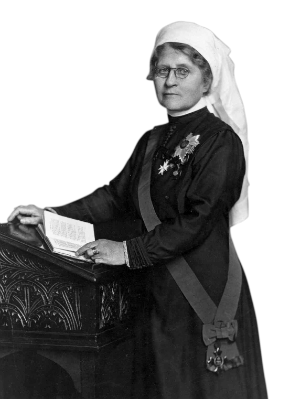 “I love organising – that has been my work”

Standing at just 4’11” Sarah Swift had immense force of personality and a sharp sense of humour. She was known as ‘the mighty atom’ for her energy and enterprise. As well as the College’s founder and first member, Swift was Matron-in- Chief of the Nursing Division of the Joint War Committee. She became a Dame in 1919 for her wartime work.

“The College must attract enough members to make it a national body”
Conservative MP Stanley dedicated much of his time to voluntary work related to health and disability. Something of a dandy, he was a passionate as Chairman of the British Red Cross Society. Like Swift, Stanley knew the difficulty in finding well-trained nurses within the chaotic conditions of British nursing at the time. Their work with the British Red Cross rendered them close colleagues and the duo began working together on the founding of the College of Nursing. 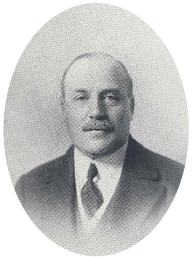 The College sought a suitable headquarters in an optimum location and opened in the heart of London’s medical quarter in 1926. We went on to gain Royal patronage in 1928. 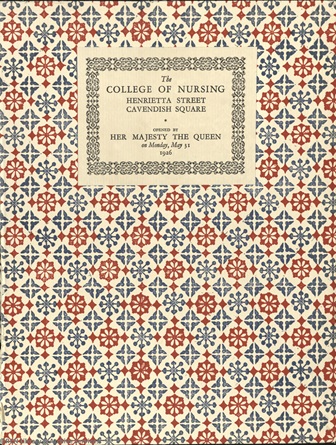 Opening brochure for 20 Cavendish Square, 1926. This booklet was produced for the opening of the College building and contains photographs of the rooms that still exist here in HQ today.

“Please let my name go on [the membership register] as high up as possible...I would like it to be the first”

Despite her best efforts, Rachael Cox-Davies became the second member of the College. She is said to be single-handedly responsible for persuading Lady Cowdray to fund a new home for the College in the early 1920s. Apparently, in a ten-minute taxi journey she told Lady Cowdray of the soaring membership numbers and asked if she would gift the College a new building for educational facilities. Lady Cowdray, already a strong supporter of the College, agreed. 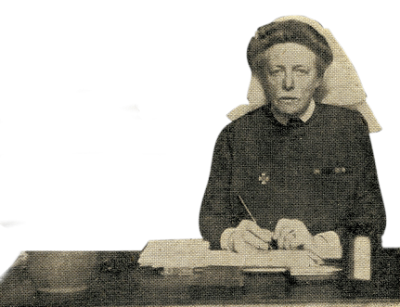 Matron of the Royal Infirmary of Edinburgh, Gill at first was not sure she could support the College. She felt registration was the most important issue facing nursing. When reassured the College would press for this, she became member four and a representative on the Scottish Board. 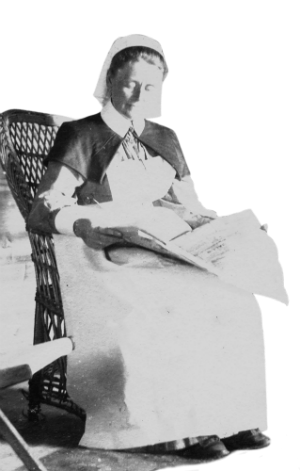 It was essential to our founders that the College offered support for the general welfare of all their members. Many nurses had sustained injuries during service in the war, both physical and psychological. The College established rest homes where members could relax, rejuvenate and recover.

“A good beginning has been made. The College may look forward with courage and quiet confidence to further progress”

The College’s founding Secretary. When her nursing officer fiancé tragically died before their wedding day, Rundle at once devoted her life to nursing. She organised some of the earliest post-graduate courses for nurses and started her own nursing library. She started the Federated Superannuation Scheme for Nurses – a saving scheme for nurses’ pensions. 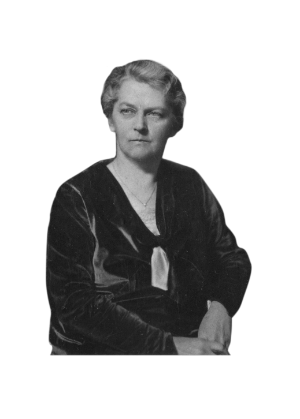 By 1922, almost 23,000 nurses had joined the College of Nursing, all now described as our founding members.

Today, this membership has grown in breadth and diversity yet the initial aims of the College still stand. We continue to represent and support members, influence policy and develop nursing research and education. The founding members ensured its place in the ever more complex and demanding nursing world.