A healthful form of work: The history of public health nursing

Public health nurses are the crucial link between the health strategy for the nation, community and individuals at home.


Historically, public health was primarily concerned with the management of sanitation and disease. Over the twentieth century, the focus of public health shifted towards how individuals respond to health concerns, from disease to lifestyle choices. With this shift came an acknowledgement of the influence of class, wealth and education on health. Public health nurses and midwives surveyed the homes of the poor, ensured the nation’s children were vaccinated and reported on the health of the community. 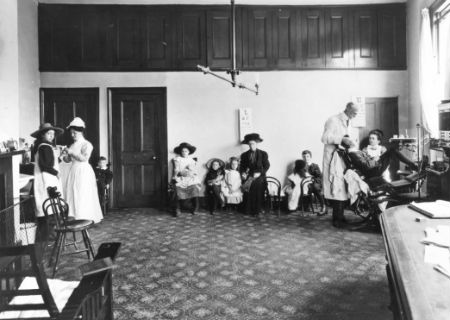 Deptford Health Centre, 1911. This London County Council public health clinic was for children. It had a waiting area, dentist’s examination chair and eye charts all together in one room. 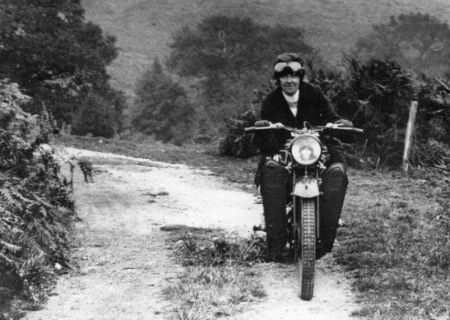 As the dangers of infectious disease diminished, the nursing role shifted to address new challenges. Today, the effects of modern deprivation, long term conditions and infection through globalisation remain a challenge. Yet despite a change in focus, public health nursing remains at the centre of the nation’s health and welfare.

Early public health nursing roles extended far beyond caring for the sick to include organising community health care and education, advocating for the poor and supporting social reform. Community nursing teams and health visitors provided help to families, educating parents on the best way to bring up their children.

Nineteenth century class inequalities contributed to bad health of the poorest in society. The Boer War in particular (1899 – 1902) raised questions about the physical health of the working class, when finding fit young soldiers proved difficult. As a result, improving infant welfare became a priority.

Today public health nurses collaborate with agencies across the community, as well as directly with the individuals they serve. They are involved in specialist areas such as sexual health, HIV/AIDS, TB, and travel health.

Inequalities remain in society today, with much poorer health outcomes seen in areas of higher deprivation and in those who are less able to access health care. This is a constant challenge and the nursing profession is key in helping to bridge the gaps. 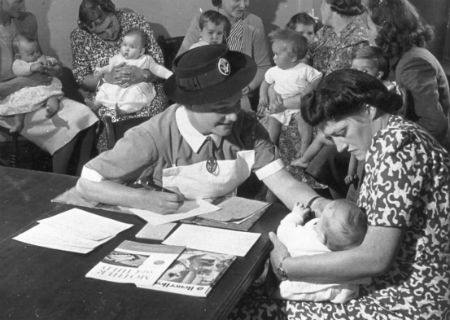 Mother and baby clinic, c.1950. These nurse-led clinics were a vital service for families, offering a range of services from baby weighing to contraception.  New mothers could find advice on feeding and seek support for wider challenges that come with family life.

Outbreaks of infectious diseases such as smallpox, tuberculosis and diphtheria have been documented for thousands of years. By the twentieth century, rates of infectious disease had dropped significantly along with improvements in hygiene, sanitation and living conditions. Vaccines also became increasingly available, preventing once common infections.

Vaccination is one of the greatest international public health successes, second only to access to clean water in preventing disease. Nurses are the main professional group involved in the administration of vaccines, as well as providing information to the public and answering their concerns. 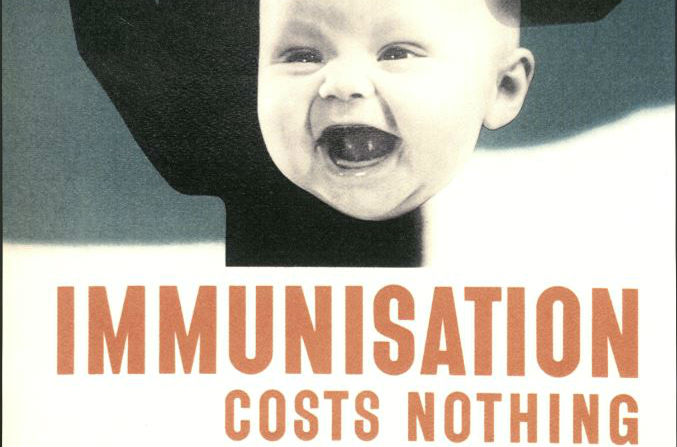 There are always new and emerging infections. Bacteria have started developing resistance resulting in the reemergence of once rare infections, such as gonorrhoea and syphilis. The nursing role helps to address these new challenges, increasing awareness of unnecessary prescribing, counterfeit medicines and essential infection prevention measures.

William Beveridge’s Report on Social Insurance and Allied Services was published in December 1942. Commonly known as the Beveridge Report, it sought to eradicate the ‘five giant evils’ of want, squalor, disease, idleness and ignorance. The report led to a number of reforms that changed access to health, education and decent housing for British citizens.

The welfare state of post Second World War Britain aimed to create a fairer country. All children had access to free school milk, mass clearance of slum housing gave way to newly built homes for all and good health care was no longer limited to those who could pay. These reforms also meant that the public began to take responsibility for their own health.

By the last decades of the twentieth century, public health campaigns had become familiar and nurses were instrumental in communicating messages, including the dangers of smoking, unprotected sex, excessive alcohol consumption and the merits of healthy diet and exercise. More recently the focus has moved to the obesity epidemic not only in Britain, but across the globe. 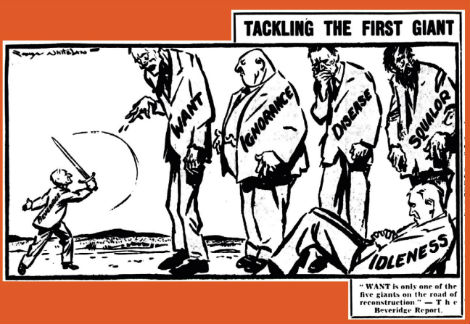 Nursing teams have a unique knowledge of their local community. As our ageing population creates new challenges and health inequalities remain widespread, this knowledge is crucial. And yet, the essential contribution of the public health nurse can often be hidden from view. There is much we can learn from the historic role of the health visitor, whose sanitary and legal knowledge and awareness of disease control was just as important as her nursing skills. 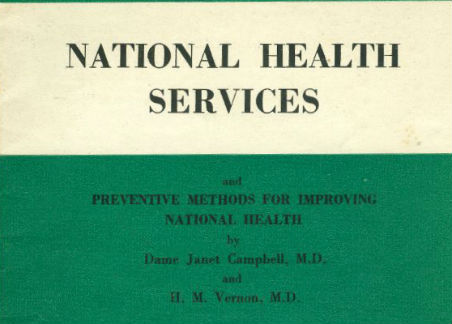 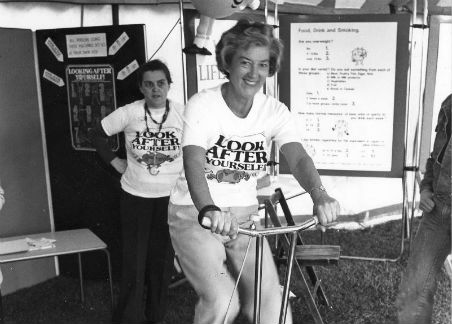 Nurse Thelma Bamford promoting the ‘Look after yourself’ campaign, launched by the Health Education Council in 1978.

Welcomed into the homes of the nation, the public health nurse was, and remains to be, support for the overworked mother, educator for the distressed teenager and a lifeline for the homeless man or ageing couple. With the growing complexities of modern health care and concerns for health inequalities, public health must be seen as an issue for all nurses.