There has been a marked improvement in life expectancy over the last 100 years. However, there are huge inequalities across the population, with a 20 year difference noted in some areas. Living longer doesn't necessarily equate to living better or healthier.

Better housing and living conditions, alongside improved access to health care and vaccination during the 20th century has led to a significant reduction in infectious diseases.

Today it is non-communicable diseases, such as diabetes and respiratory conditions that are of increasing concern. The underlying causes of ill health are often attributable to unhealthy lifestyles, namely smoking, obesity and alcohol consumption. These are also associated with social inequalities. This is primarily deprivation but other factors play a part such as education or social habits.

This resource has been endorsed by:

What is public health?

Public health refers to all organised measures (whether public or private) to prevent disease, promote health, and prolong life among the population as a whole.’ (WHO).

The role of nursing staff in public health

Nursing staff work in almost every stage and setting of care, and as such they have an important role across a wide range of public health interventions. Find out more about the role of nursing staff in public health.

Speciality areas of public health have lots of overlap and cross over within these strands. Across all areas there is a need to understand the causes of ill health but also what makes people well and healthy and how to maintain and support this. 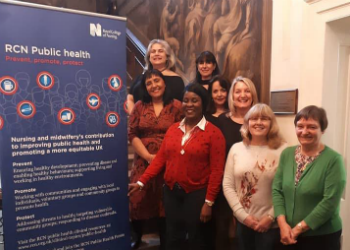