The RCN’s West Midlands Regional Director Mike Adams was today honoured as Birmingham City University’s Alumnus of the Year for 2019. 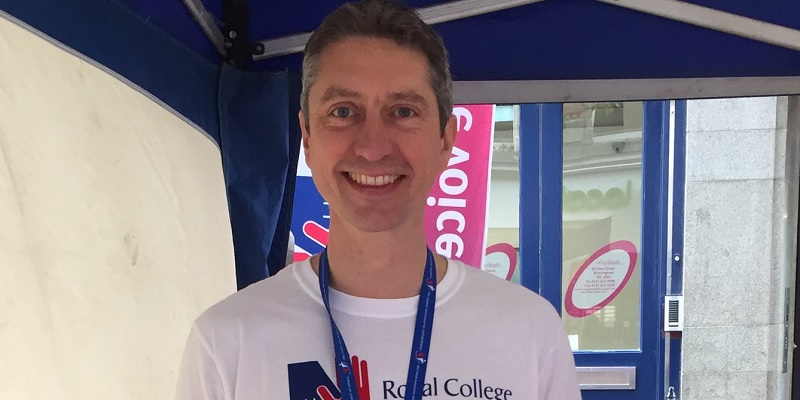 Mike received the award from comedian Sir Lenny Henry, the Chancellor of the university, at a ceremony at Birmingham’s Symphony Hall this morning at which graduating students also received their degrees.

Mike graduated from BCU in 2004 with a degree in Health Policy and Management, a part-time course he completed over two years while working as a charge nurse at Selly Oak Hospital. He qualified as a nurse in 1995, having trained at the Queen Elizabeth Hospital in Birmingham.

Before joining the RCN as Regional Director in August 2017, Mike worked for BCU as Associate Head of School for Nursing and Midwifery, having held a number of lecturing and management roles with the university.

He said: “Just as I was finishing my course at BCU, a role came up in the Placement Support Unit, which I thought would be a good change and a different way to use my qualifications and experience.

“I only intended to work in the role for 12 months before returning to clinical practice, but I ended up doing some teaching on the Adult Nursing course, which I really enjoyed, so I applied for and got a post as a senior lecturer.”

Mike added: “BCU has been very good to me. It has given me a lot of opportunities and it’s an institution I admire, so to be recognised by the university as an Alumni of the Year is a surprise and a privilege. It’s also a testimony to the role and stature of the RCN.”

BCU recognises up to five Alumni of the Year each year across three nomination categories for achievement in a professional field or voluntary or charitable activities. Mike’s award is in the category for community engagement and leadership.

As part of the award, Sir Lenny presented Mike with a commemorative silver pin badge made by the university’s Jewellery Industry Innovation Centre.