Watch the highlights of our Black History Month celebration 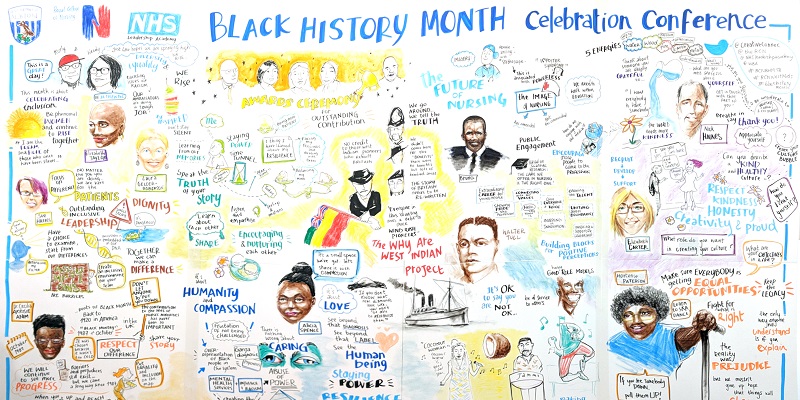 The 2018 conference was themed to recognise and celebrate the contribution of Black, Asian and Minority Ethnic staff to the delivery of health and social care in the 70 years since the formation of the NHS and the arrival of the Empire Windrush, which brought one of the first large groups of post-war migrants from the West Indies to the UK.

The conference heard uplifting and thought-provoking stories from expert speakers and performers about their life and career experiences between group conversations in which delegates reflected on the challenges they have encountered in the workplace and the staying power they have relied on. RCN President Dr Cecilia Anim gave the keynote address.

Watch our short film of the conference highlights and also a film of a recital by conference delegates of Still I rise, a poem by the late American poet and civil rights activist Maya Angelou.