This RCN Mental Health Forum factsheet was undertaken in collaboration with Mind. The purpose of this resource is to help nurses understand and promote choice in how children and young people can access mental health services. 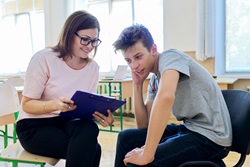 Mental health nurses have led on new remote support for mental health, such as helplines and chat services. The advent of coronavirus has changed the way mental health support for young people is delivered, with many services moving to phone or video calls instead of face-to-face sessions.

It is often assumed that the increased use of digital technology and telemedicinal support is more popular amongst young people. It is believed that they are more likely to want to access mental health support online via an app, remotely by phone or video call. However, research by Mind and Young Minds suggests this is not the case.

What does the research tell us?

Mind’s 2020 survey into the impacts of the coronavirus pandemic found that compared to adults, young people (13-24) were more likely to feel uncomfortable accessing mental health support over the phone or a video call. Almost a third of young people (30%) who accessed or tried to access support said that the technology was a barrier for them, compared to 17% of adults.

A survey conducted by Young Minds in the summer of 2020 found that many young people lack access to technology and are concerned about privacy or simply do not feel safe opening up about their feelings online.

In Mind’s 2021 Trying to connect report, nearly three quarters (72%) of the 193 young people surveyed who took up the offer of remote mental health support would have preferred to receive support face-to-face. Only 8% preferred getting support in this way.

“I don’t think it’s the same and wouldn’t work for me. I would prefer face to face and for someone to be there with me that I trust for support.” (13-17 year old).

“I have much preferred the phone sessions as getting out of the house to attend face to face appointments has always been difficult and was the main reason I hadn’t sought help earlier”. (18-24 year old).

I found it hard as I couldn’t talk to someone face to face and they couldn’t see in person how much I was struggling. (13-17 year old).

Source for quotes: Mind (2021) Trying to connect: the importance of choice in mental health services 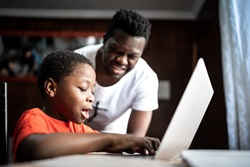 “I definitely wouldn’t be doing therapy if I had to do it at home. Just the nature of stuff that you bring up in therapy, there’s always the worry that someone will overhear you but it’s also just you don’t want to be bringing that stuff up at home because you can’t escape from it” (18-24 year old).

Click on each of the boxes below to view the positive and negative experiences reported by young people using digital technology and other forms of remote mental health support.

Below are two different scenarios (one positive and one less so) looking at some of the practical issues that nurses might encounter when providing remote mental health support for young people. They illustrate the importance of finding out what works best for young people and providing choice in service delivery.

“Having a video call meant I didn’t have to miss time from college. I found it easier to talk on the video call as I didn’t have to worry so much about what the person was thinking about me and because I had a private room available there which I do not have at home. It meant we could work together to plan what care I needed".

Charlie recently started studying A levels at Sixth Form College. Charlie meets regularly with their community mental health nurse and because they are keen not to miss anytime from College, Charlie asked if some of these meetings could be by video call.

Charlie was able to book a private room in the College and access the video visit by mobile phone. Charlie already has a good therapeutic relationship with their community mental health nurse and was able to talk freely about their mental health and current side effects they were having from medication. Together they were able to update Charlie’s care and risk plan collaboratively, and Charlie gave the mental health nurse permission to call their parents after the video call with an update on the care they were receiving.

“I had already let the team know that I find telephone calls unhelpful, but they said it had to happen this way due to staffing. Even though the person that called was ok - because it was on the phone it felt like they didn’t care about what I wanted and I found it harder to open up to them, and I turned down any further support from the team because of this. I ended up getting really unwell and needing inpatient care which I think would not have happened if I had got community support”.

Ashley was due to be supported by the crisis team after presenting to A and E experiencing intense distress, an increase in suicidal ideation and an increase in self-harm. Ashley’s concerns about visits or appointments by telephone were already known and recorded, but a telephone visit from a nurse was arranged because of staff shortages. During the call, Ashley was clear about not feeling comfortable with a telephone call. He was unable to discuss suicidal ideation and self-harm because he felt unable to connect with the nurse not being face-to-face. Ashley left the conversation feeling that he had been unable to discuss his needs and that he hadn’t been listened to. The nurse carrying out the telephone visit was unable to do a proper assessment of Ashley’s needs and risks. Because Ashley’s wishes and needs were not respected, he did not want to engage with the service any longer, increasing his risk of reaching crisis again and impacting on his trust in services.

Service recovery and the importance of choice

While engaging with mental health services remotely may be easier for services and some young people (though not all), it must not be seen as ‘the solution’ to addressing extortionate waiting times.

When providing remote mental health services for young people in your care, we recommend that the following points are considered:

This work was supported by colleagues at MIND, the RCN’s Mental Health Forum, CYP: Staying Healthy Forum, CYP: Acute Care Forum and Learning Disabilities Nursing Forum. Recognising the research contributions of Young Minds and thanking all the children and young people who made that research possible.