Here are some real-life cases where members have been supported through compensation claims by RCNLaw.

If you need our help too, find out more here.

A member suffered an injury to her knee when on her employer’s premises she fell down on an uneven pavement where the tarmac had eroded. She tore ligaments in her right ankle and suffered soft tissue damage to her left knee.

In order to establish that her employer had breached their duty of care to her, RCN Law relied upon the following:

Initially her employers denied liability but, as the claim progressed, they admitted that they had breached their duty of care. RCNLaw valued her claim at between £5,500 and £6,500. Initially the employer made an offer to settle of £5,250 but this was rejected and a counter-offer of £6,500 made.

Ultimately the matter settled with the member receiving 100% of her £6,000 compensation.

Jane* needed the RCN’s help after a workplace injury left her unable to return to the job she loved.

I’m currently unemployed but until I was injured at work I was a unit manager in the independent sector. On the day I was injured I’d answered a buzzer in the shower room – a man needed his dressing changed. But as I turned around to put rubbish in the bin, I slipped on what was meant to be a non-slip floor.

“I couldn’t move. I had a bad back anyway so I called for help and the physiotherapist got me into a wheelchair. Initially I didn’t think it was too bad, but then the pain got worse so I went to A&E where it was confirmed I had a lower back injury.

“I went on sick leave and before long I found myself on the lower rate of pay. Then I was called into a work meeting where I was told there was no longer a suitable position for me.

“I’ve been a member of the RCN for more than 10 years and had seen leaflets telling me about the legal help the RCN could offer so I telephoned the regional office who passed my information onto RCNLaw. From then on everything was done by telephone or email, and I reached a settlement with my former employer.

“Two and a half years on I’m still in pain. I keep trying to go back to work but I’m either over-qualified or don’t have the relevant experience. So if you ever find yourself in my situation get in touch with the RCN straight away. I never wanted to make a claim but it feels like I’ve lost everything so there really was no choice.”

Whilst at work, a member was punched by a patient in the back of the head, causing him to fall to the floor unconscious. The patient then used a sharp object to cut the member’s chin.

The member sustained loss of consciousness immediately following incident and scarring to his jaw requiring six stiches, causing severe discomfort and affecting daily activities such as shaving/eating. Given the nature of the attack, he also suffered psychological injury, experiencing anxiety and stress for approximately 4 months after the incident.

In order to establish that his employer had breached their duty of care to our member, RCNLaw relied on the following:

The employer responded to the claim with an admission of liability. RCNLaw valued the claim at between £10,000 - £15,000 with additional out of pocket expenses (medical expenses and lost wages) valued at £2,439.02.

The member kept 100% of his compensation.

Slipping over at a restaurant

A member suffered a soft tissue injury to her knee and wrist whilst walking back to her table after ordering a meal at the carvery section of a restaurant. As the member was walking back, she slipped on a piece of discarded potato on the floor, causing her left foot to give way from underneath her and resulting in her falling to the floor. She sustained soft tissue damage to the back, as well as soft tissue damage and bruising and swelling to the left wrist.

In order to establish that the restaurant had breached their duty of care to her, RCNLaw relied upon the Occupiers Liability Act 1957. The defendant responded to the claim with an admission of liability, so all that needed to be determined was the value of the claim.

A medical expert was engaged to examine the member’s injuries and prepare a medico-legal report. The report confirmed soft tissue injury to the knee and wrist stating that they would be healed within 2 and 6 weeks respectively.

Ultimately the matter settled with the member receiving 100% of her £2,019.90 compensation. 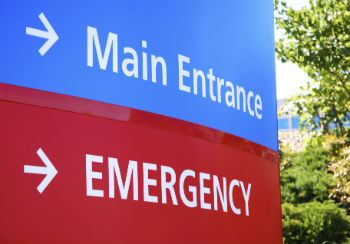 Strict deadlines apply to personal injury claims, so if you think you need to claim - contact us today.